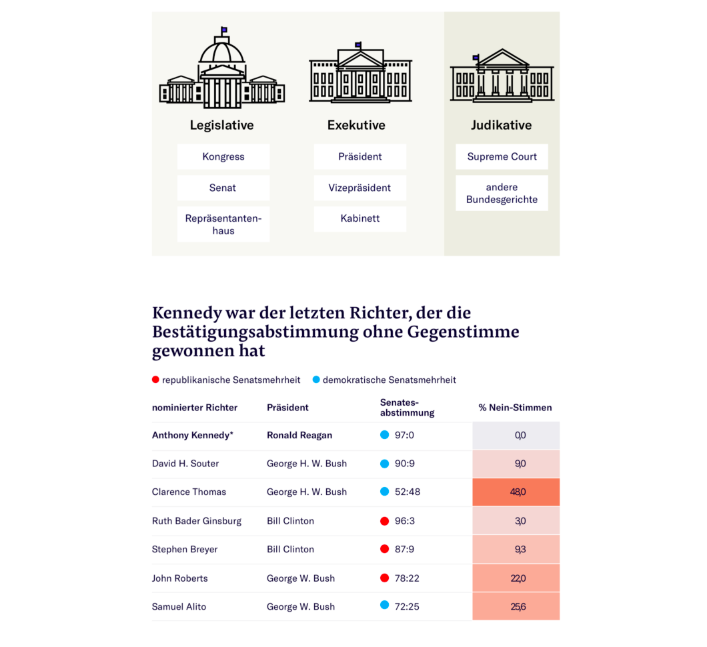 This piece makes a case for why Brett Kavanaugh's nomination is important and might be the most lasting effect of Donald Trump's presidency.

It starts with an explanation of the Supreme Court and its role in the US-federal system. After this, the article takes a look back at how the nomination process for Justices became more and more politicized over time. Lastly, it shows how the ideological tendencies of Justices have influenced the ruling in important cases and explains that this could possibly lead to a decade-long conservative shift with Kavanaugh's nomination.

A translation is available here.