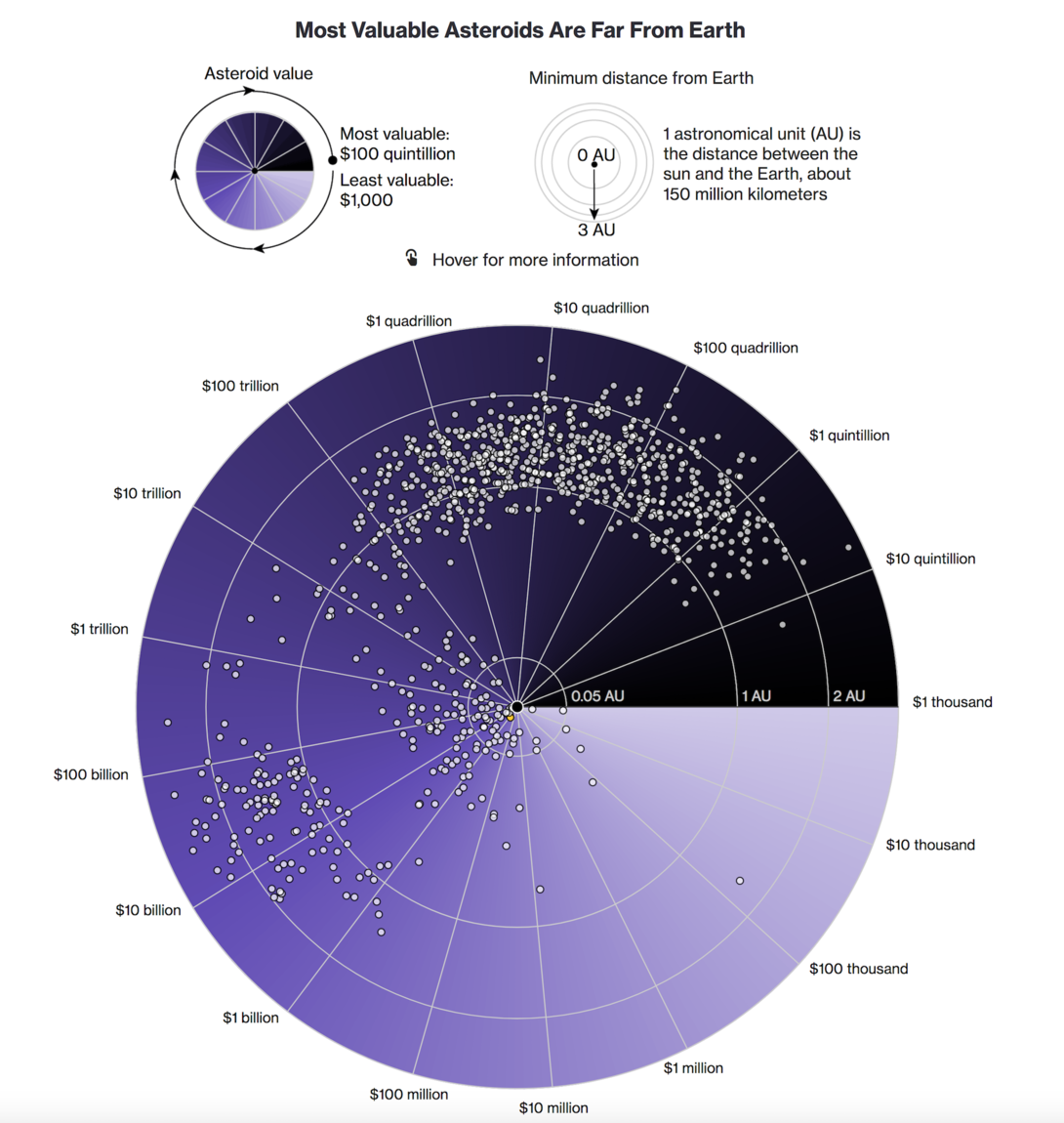 The Massive Prize Luring Miners to the Stars by Bloomberg LP

It might sound like science fiction, but a niche group of companies is making its way to the far reaches of the solar system, aiming to get rich by mining asteroids.

Industry barons see a future in finding and harnessing water on asteroids for rocket fuel, which will allow astronauts and spacecrafts to stay in orbit for longer periods. Investors, including Richard Branson, China’s Tencent Holdings and the nation of Luxembourg, see a longer-term solution to replenishing materials such as iron and nickel as Earth’s natural resources are depleted.

The most valuable known asteroid is estimated to be worth $15 quintillion, according to Asterank, a database owned by Planetary Resources, a company that aims to mine asteroids. That represents the world’s total gross domestic product (about $80 trillion) 192,283 times over.

The U.S. government is interested too; Osiris-Rex, a NASA spacecraft, is on its way to a near-Earth asteroid to check out whether it will be viable for extracting water and minerals.

We visualized the estimated value of known asteroids and their distance from Earth to show the massive potential profits at stake. Illustrations of NASA’s Osiris-Rex mission show how the spacecraft will retrieve an asteroid sample and return it to Earth, the next step in making asteroid mining a viable field.