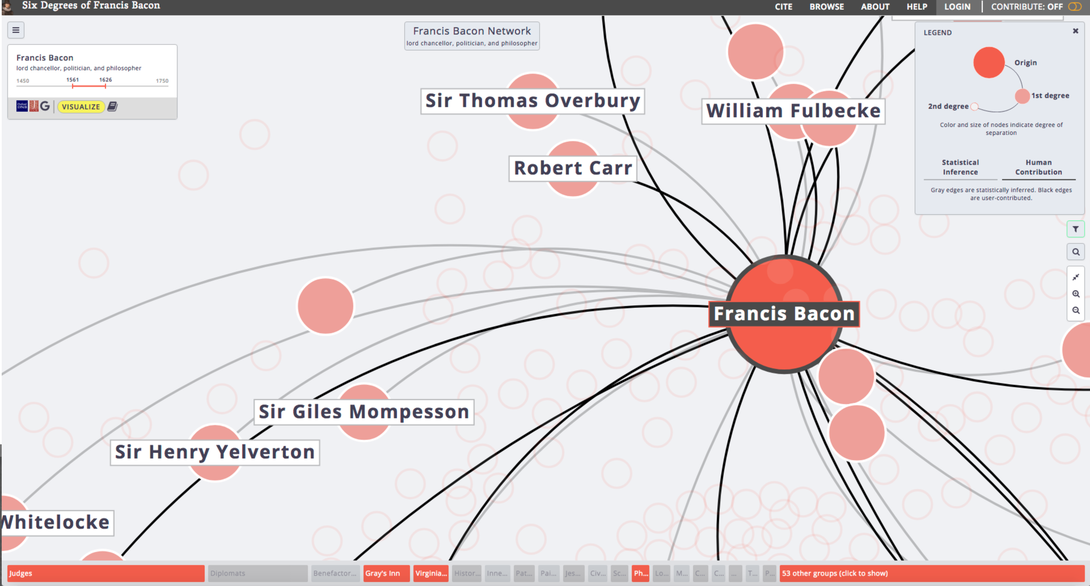 Six Degrees of Francis Bacon is a website dedicated to the social network of early modern Britain, 1500-1700. At sixdegreesoffrancisbacon.com, scholars, students, and citizen humanists can visualize, query, and contribute to the network. Six Degrees of Francis Bacon is extensible, collaborative, and interoperable: extensible in that people and associations can always be added, modified, developed, or, removed; collaborative in that it synthesizes the work of many scholars; interoperable in that new contributions to the network are been put into immediate relation to previously studied relationships.