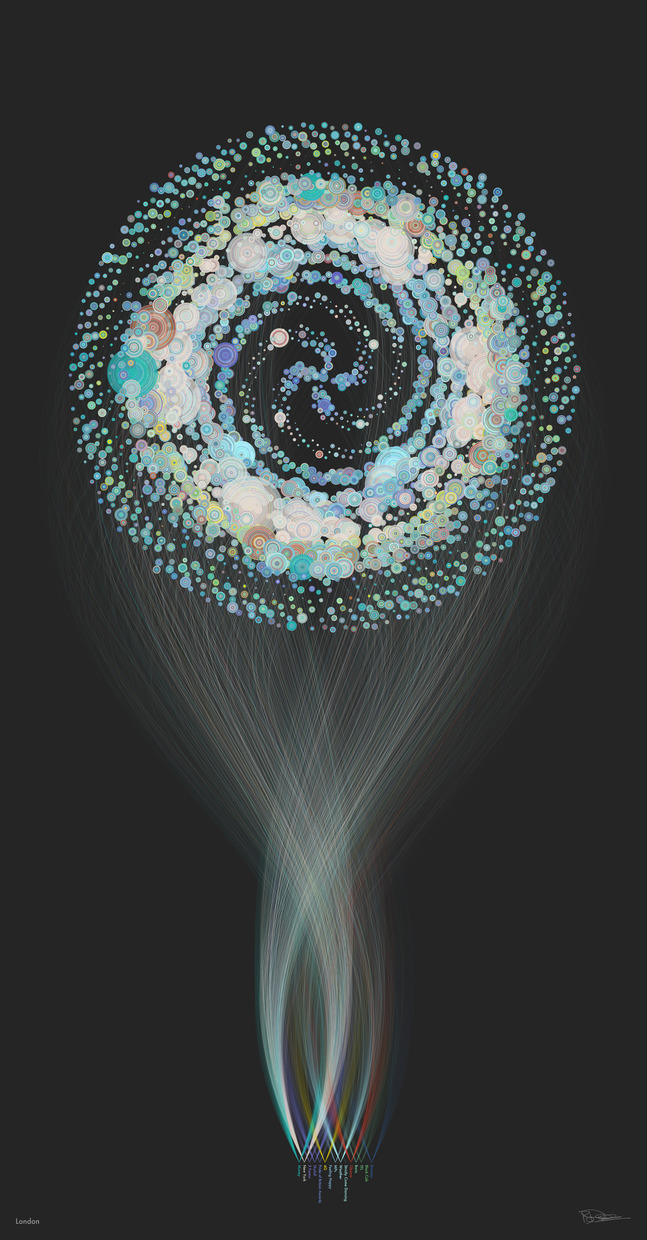 For the launch of 4G services in eleven UK cities, Brendan created a digital portrait for each city, formed from millions of bits of data as people talked and interacted about the biggest events of the day. Based on the same mathematics that create the head of a Sunflower, time explodes outwards from the centre with each point representing one minute giving a possible 4320 points – the number of minutes in three days – to cover the day before, during and after the launch of 4G.
The three days worth of data, collected by UCL, was searched for various keywords that were hot talking points at the time, including Skyfall, Hurricane Sandy, Obama, money, together with localised subjects for each city.