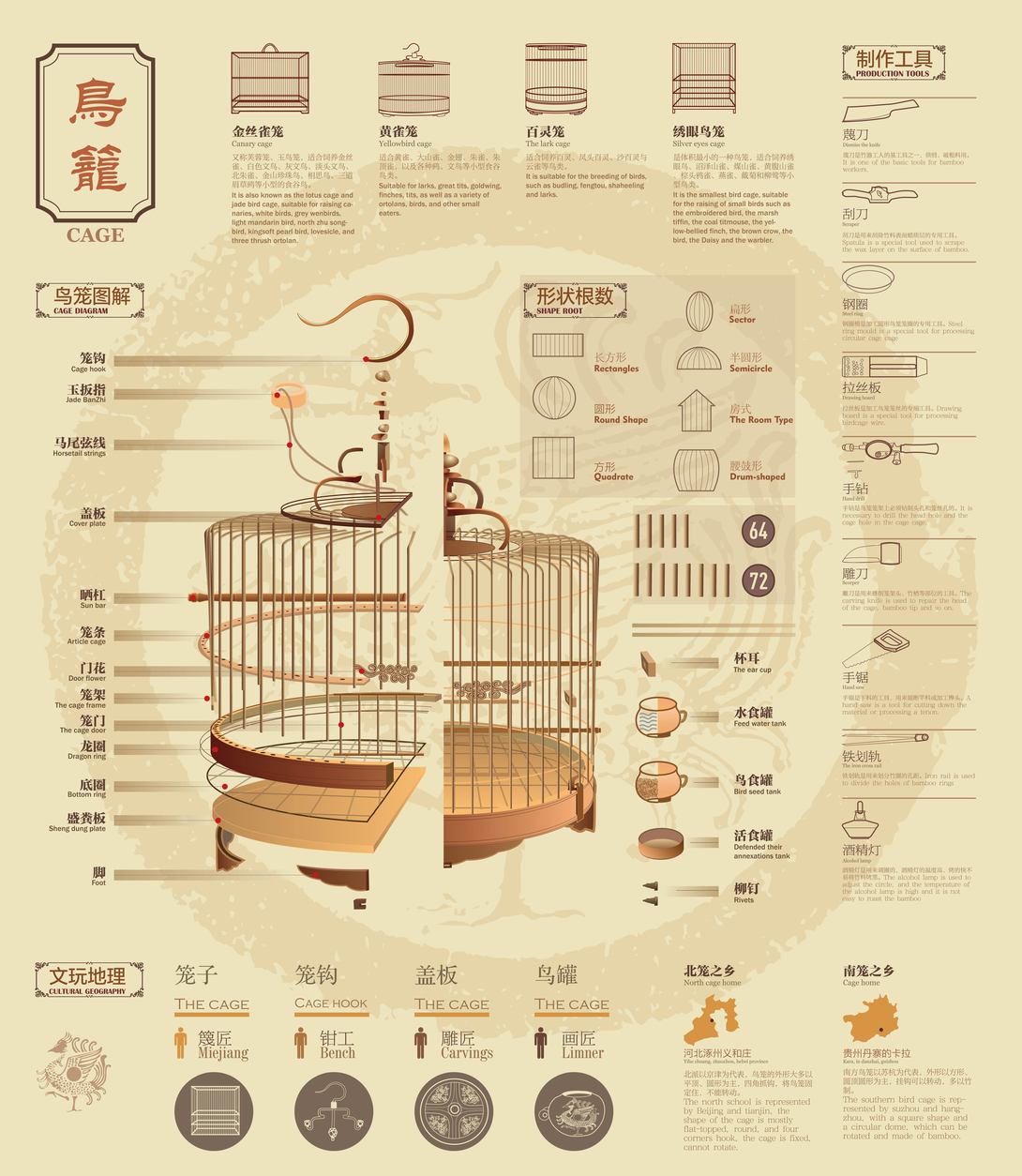 The bird cage in China is famous for its fine materials and fine workmanship, which is both applicable and beautiful. In order to adapt to the life habits of different birds, the ornamental cage can be roughly divided into grain and insect feeding cage according to the species of birds. There are canary cage, yellow bird cage, wenbirdcage, lark cage, hydrangea cage and so on, insect cage has thrush cage, point chin cage, myna cage and so on.

In addition, there are also suitable breeding cockatoo cage and various kinds of habitat. A birdcage is the main environment for the ornamental birds to live and play. Bird cage culture is a part of traditional Chinese culture, it represents a side of the historical landscape, reflecting the life of the ancestors at an exciting point. After the royal family came to Beijing, the wind of raising birds rose among the nobles because they were missing their hometown birds. Especially in the middle of the qing dynasty, in the rich economic and cultural background, the caged birds became a true portrayal of the playboy. As a result, raising birds gave birth to the production and processing of birdcages, some of which were made to perfection. The process of making birdcages reached its peak in the reign of emperor qianlong. At that time, the qing palace building office organized national skilled artisans, specially for the palace bird cage, its artistic value reached the highest level. So, under the influence of the royal family, people all over the country followed suit, raising birds to play in cages.