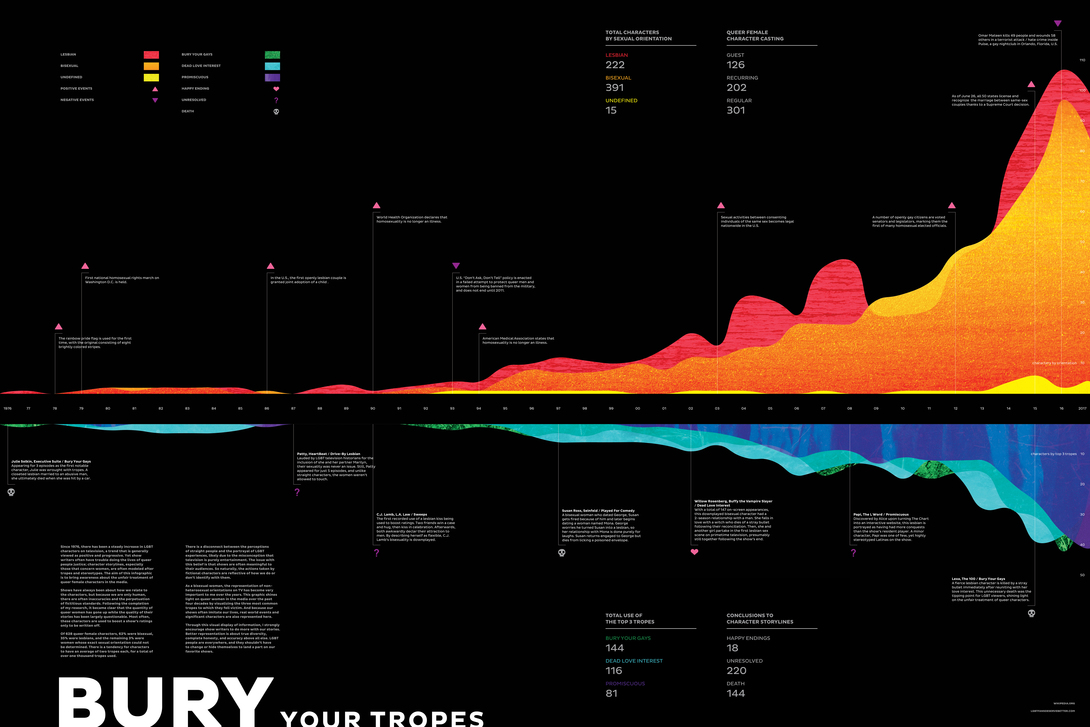 Since 1970’s, there has been a steady increase in LGBT characters on television, a trend that is generally viewed as positive and progressive. Yet writers often have trouble doing the lives of queer people justice; character storylines, especially those about women, are often modeled after tropes and stereotypes. The aim of this infographic is to bring awareness about the unfair treatment and portrayal of queer female characters on television between 1972 and 2017.

Research shows that the quantity of queer women has gone up while the quality of their stories has been largely questionable. Most often, these characters are used to boost ratings only to be written off. There is a disconnect between the perceptions of straight people and the portrayal of LGBT experiences, likely due to the misconception that television is purely entertainment. The reality is that shows are meaningful to their audiences. The actions taken by fictional characters are reflective of our identity and how we are perceived by others.

As a bisexual woman, the representation of non-heterosexual orientations on television has become very important to me over the years. This graphic shines light on queer women in the media over the past four decades by visualizing the increased quantity of characters over the years in addition to the quality of their stories, and significant events (both in real life and on television) that have influenced viewers. Through this visual display of information I encourage show writers to do more with our stories. Better representation is about true diversity, complete honesty, and accuracy above all else. LGBT people are everywhere, and they shouldn’t have to change or hide themselves to land a part on our beloved shows.