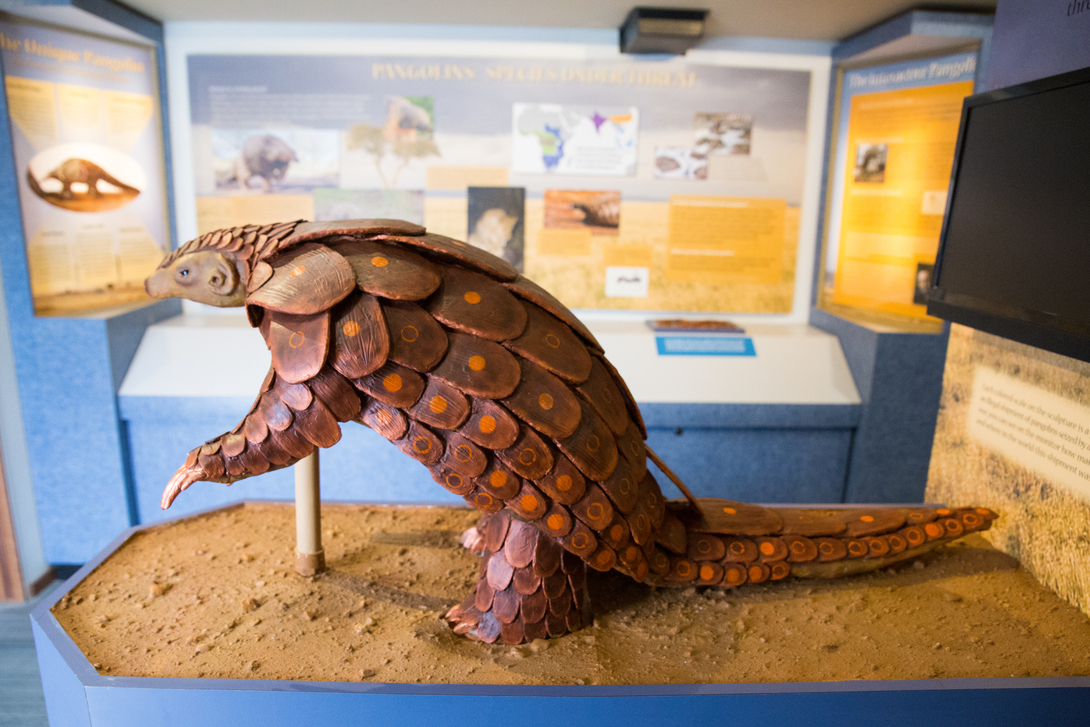 A Matter of Scales by University of Iowa Mobile Museum

A Matter of Scales is an interactive data exhibit meant to tell the story of the pangolin—an order of animals that faces endangerment and extinction due to illegal trade thanks to demand for the creature for traditional Chinese medicine. Many think that the scales of pangolins have medicinal properties, however, there is no evidence and a pangolin’s scales are made of keratin, the same material of the human fingernail. This project exists within the intersection of data visualization, physical artifact, interaction, science communication, and informal science learning and is an attempt to shed light on the man-created plight of these creatures.

The data sculpture is modeled after a giant pangolin, the largest of eight species of pangolins, and made to scale. The sculpture possesses 115 interactive scales, each laser cut by area to a data point representing how many pangolins were accounted for in a single confiscated illegal shipment. These data scales are interactive and, when a person touches one, a signal is sent to a second geodata-based visualization on an accompanying screen. Upon touch, this visualization focuses on the data point, showing where in the world the shipment was seized, where it was heading (if data available), and more.

This project was commissioned by and currently installed in the University of Iowa Mobile Museum for the 2018 touring season.