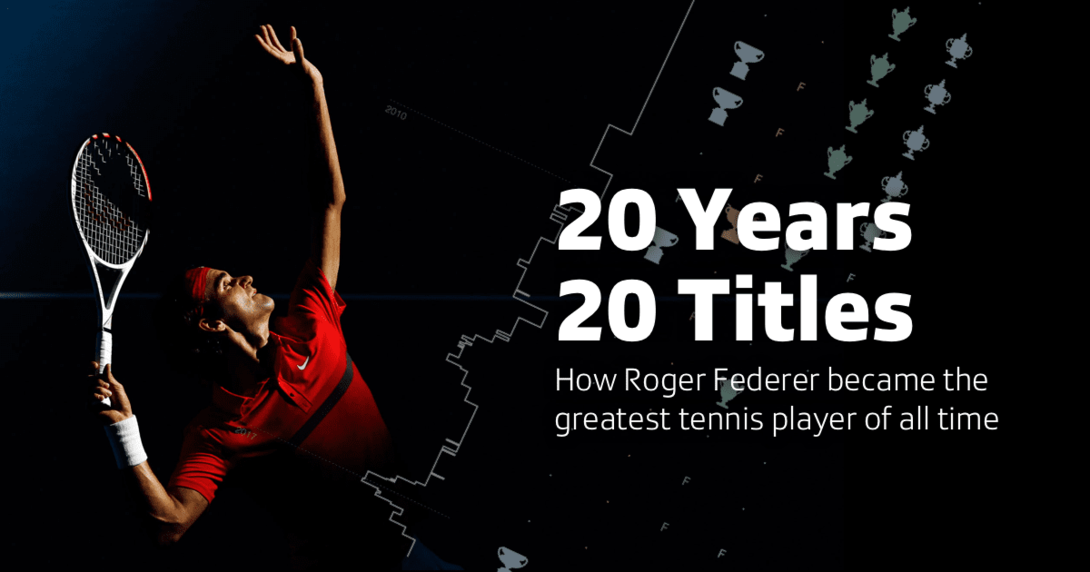 20 years ago, he played his first professional match. Roger Federer has now won his 20th Grand Slam title. A data analysis of all the matches he has played reveals how he became the best tennis player of all time.
In Tennis, every move, every point is being tracked. But none of it is made accessible in a machine-readable way. What we tried to achieve was, to analyse all availabe data from the last 20+ years of tennis and make it accessible to others as well. We did that by publishing not only the story but also the code that we used, plus a Making Of. The story was published in many different languages at the same time in collaboration with Swissinfo.