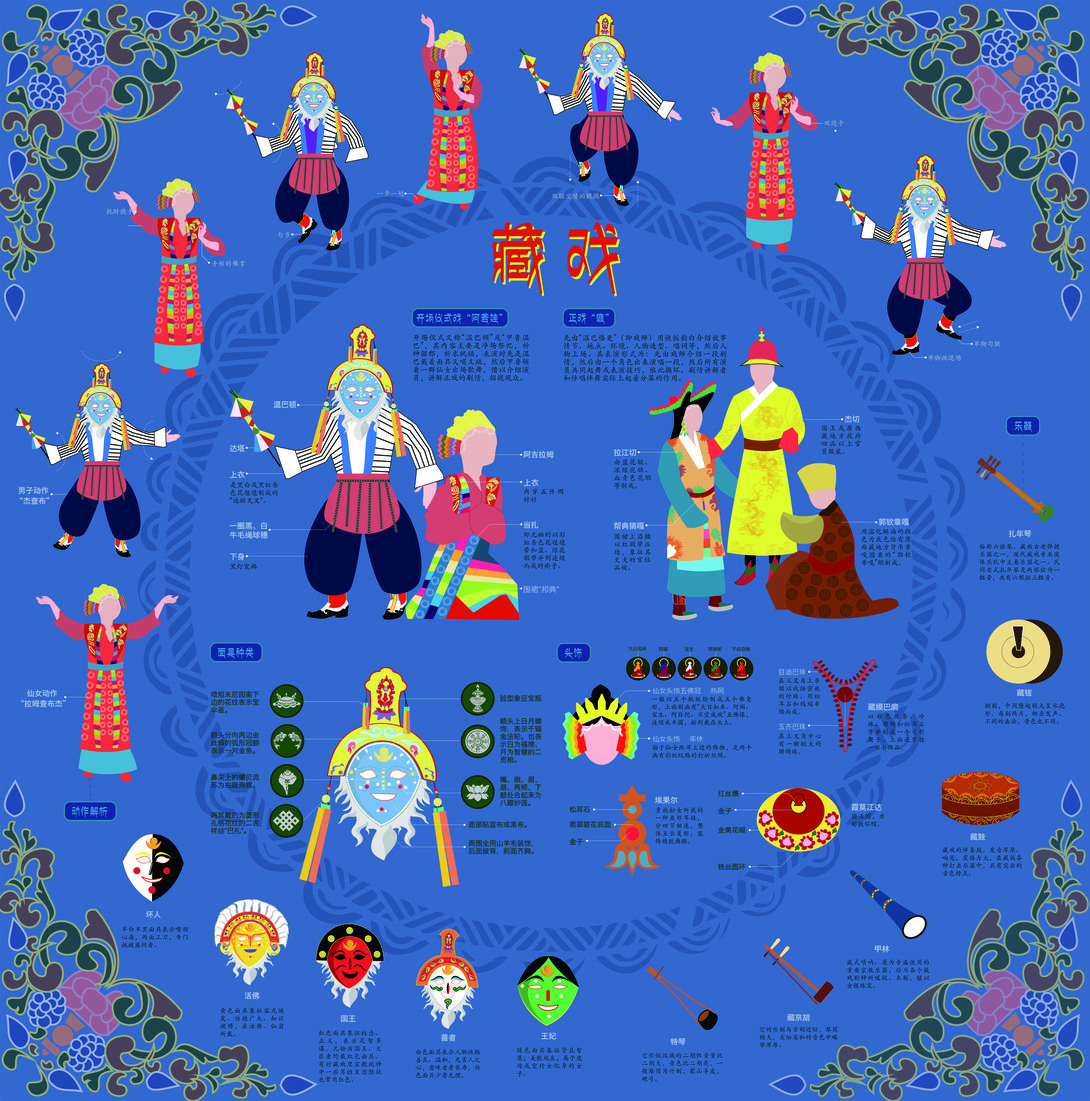 Tibetan Opera is called "Gillam", which means "fairy sister". According to legend, Tibetan opera was first performed by seven sisters, and the contents of the opera were mostly myths and stories in Buddhist scriptures, which is how it got its name.
Tibetan opera originated from Tibetan religious art in eighth Century. In the 17th century, it was separated from the religious rituals of the monasteries and gradually formed a life-style performance with singing as the main form and combining the basic formulas of singing, chanting, dancing, expressing, speaking and skills.
The singing of Tibetan Opera is very high and vigorous. It is basically decided by the people.