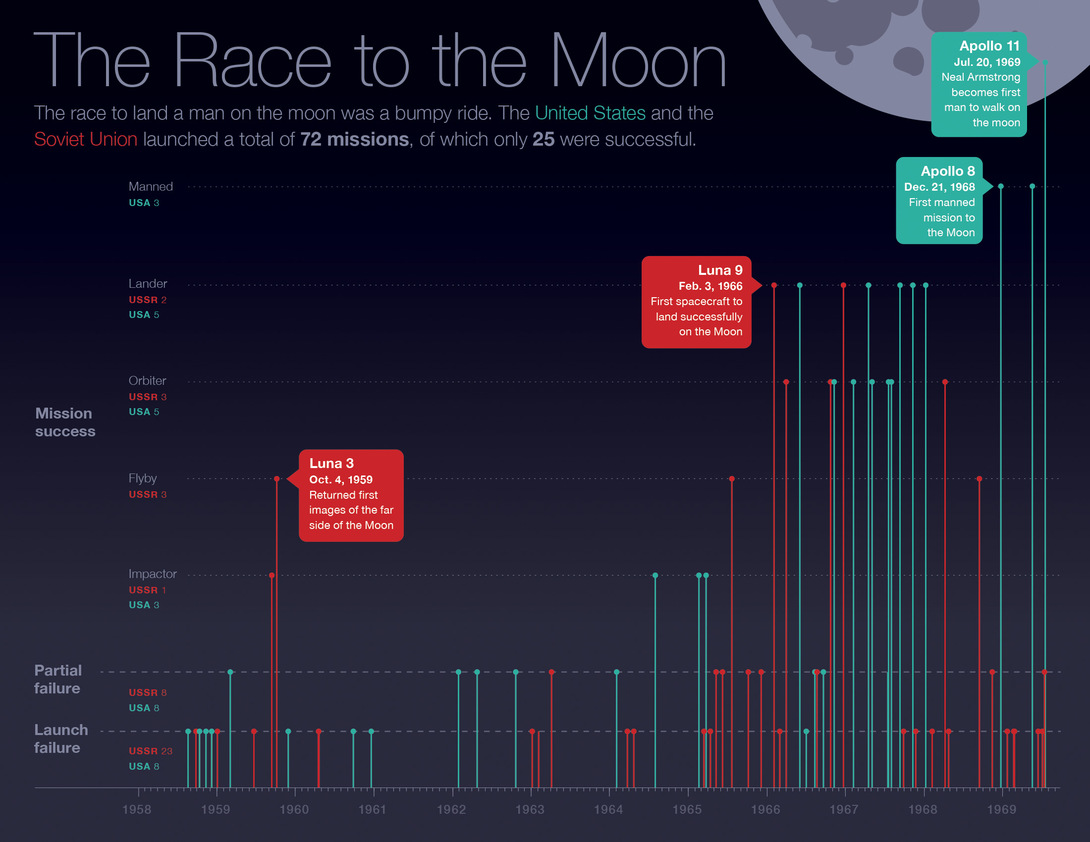 The Race to the Moon by Carni Klirs

A student project, visualization the Space Race between the USA and USSR, to see who would be the first to put a man on the moon.

I experimented with various ways of summarizing, grouping, and displaying the data, before arriving at this solution, a bar chart/timeline hybrid format.

Once shown visually, a few patterns in the data become apparent: the USSR had an early lead in the space race, claiming some of the first milestones (such as taking the first pictures of the far side of the moon, and landing the first space craft on the moon). But by the late 1960s, the United States had caught up, and had a much higher success right. The Apollo 11 mission was the twelfth successful mission in a row for the USA.