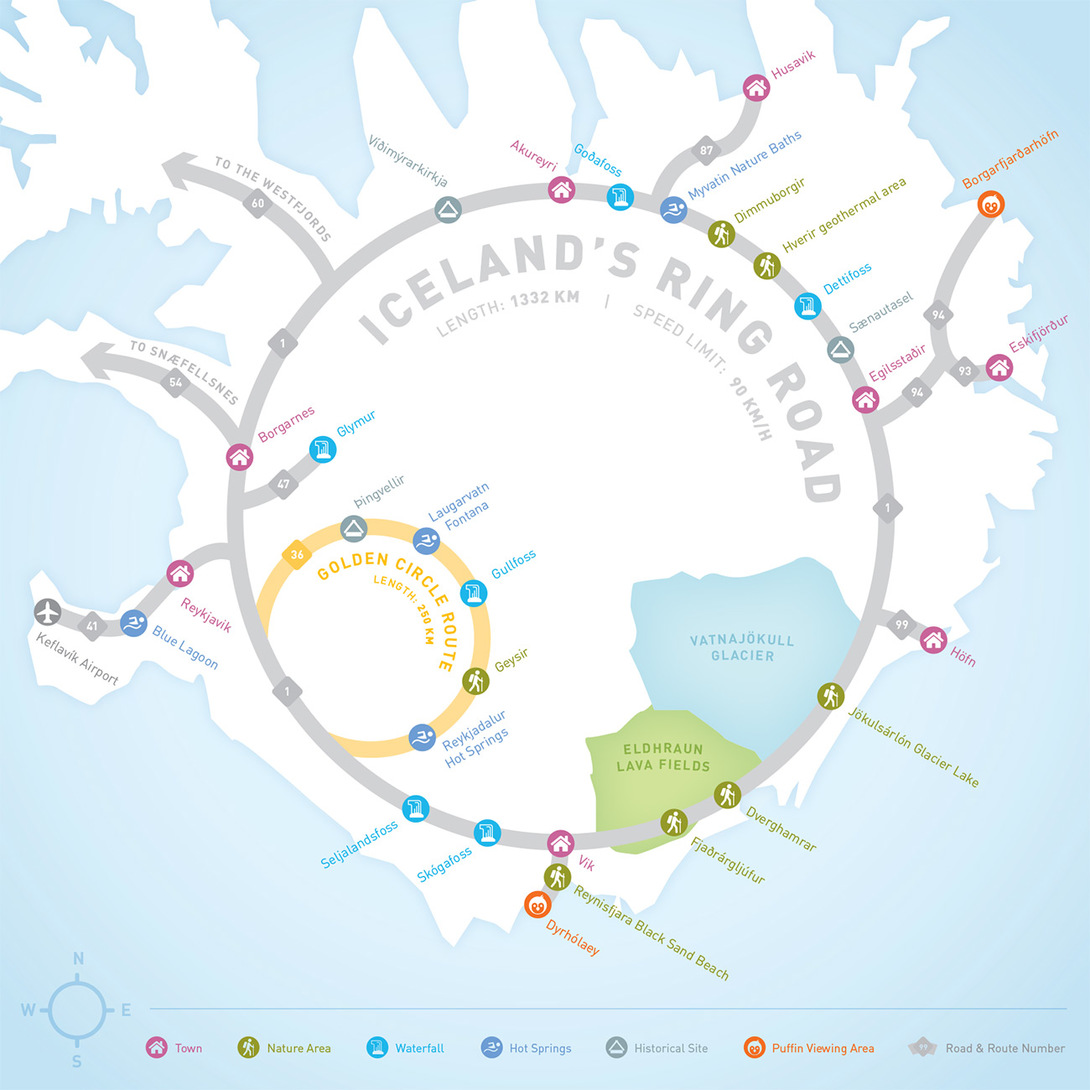 This was a student project, where the assignment was to create a map or other spatial visualization while using best practices for easy cognition and perception.

I decided to create a map of Iceland's Ring Road, the main tourist route across the island. I went to Iceland in the summer of 2017, and did a ton of planning to figure out what to see and what to do. The road loops and zigs and zags around the island, but is in effect a continuous loop.

I wanted to create something that would be useful for a first time tourist, the kind of map I would have wanted for my trip. I took inspiration from metro system maps, which sometimes distort the geographic distance between stations in order to show the overall topology of the system itself. I found the experience of driving along the ring road to be analogous to a metro system: it's a series of stops along a continuous route. And it's called the ring road, so why not just make it a ring?

I kept relative position and direction as much as possible (Vik is on the southern coast, Akureyri the north, and Reykjavik to the west), but distorted the shape of the island to conform to a perfect ring route shape. This proved to be a very tricky process, and required a lot of trial and error. But once I got it, I was surprised at how legible and recognizable the shape of Iceland still was.

(icons sourced from The Noun Project)