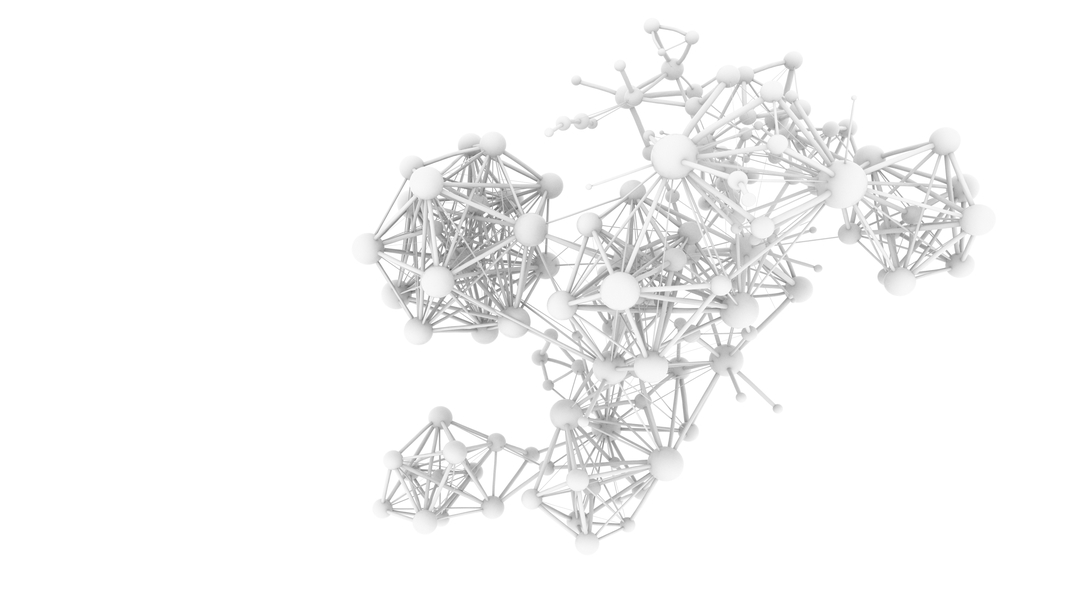 What is the shape of networks? How do we experience network sculptures? Our goal with this project is to bring networks to life as physical objects, a testimony to their physical reality in spite of being an abstract mathematical construct.
Networks are commonly visualized as node-link diagrams where nodes are generally represented as point-like objects and links as one-dimensional lines. We add physicality to the nodes and links to create a manifestation of a network in form of a three-dimensional object. If links and nodes have physical reality and occupy space, in traditional network models this results in multiple crossings between nodes and links, imposing a non-trivial algorithmic challenge. We developed a novel layout algorithm which uses physical forces to push conflicting nodes and
links apart from each other.

The network moves from Hyperuranion to become material and obey the laws of physics.

We present different data sculptures: Spread of Fake News; Flavor Network, a correlation-based network of food ingredients based on the number of flavor compounds they share; Diseasome Network; Art Network, Museums and Galleries are the nodes, and connections between two institutions are formed when an artist exhibits at both; Mouse Brain Network.