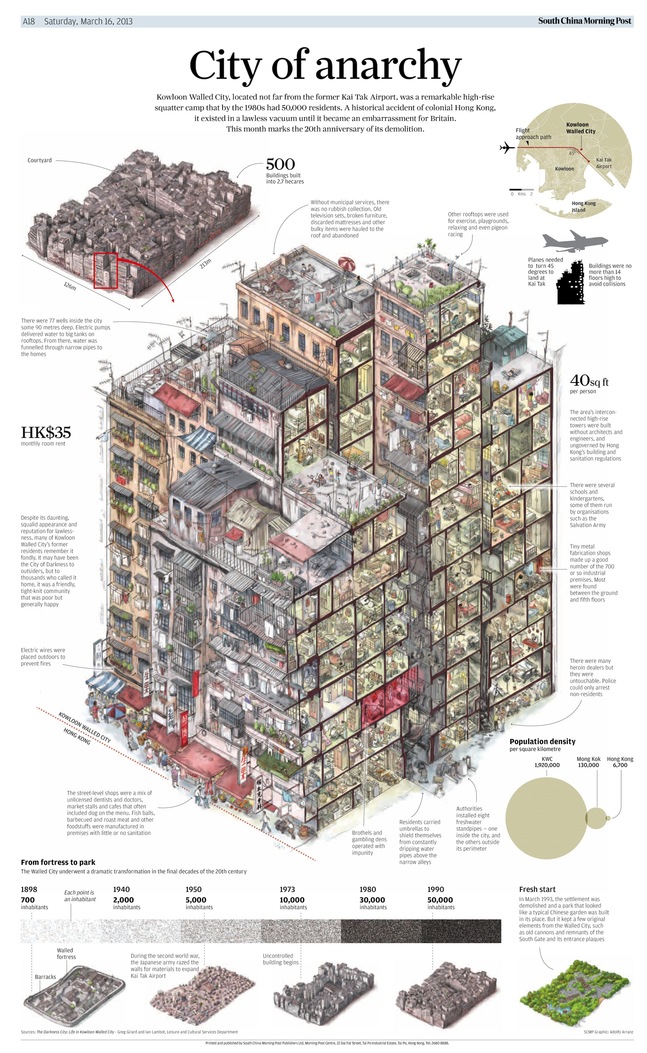 City of anarchy by Jane Pong

Kowloon Walled City, located not far from the former Kai Tak Airport in Hong Kong, was a remarkable high-rise squatter camp that by the 1980s had 50,000 residents. A historical accident of colonial Hong Kong, it existed in a lawless vacuum until it became an embarrassment for Britain. The infographic celebrates this historical structure on the 20th anniversary of its demolition.