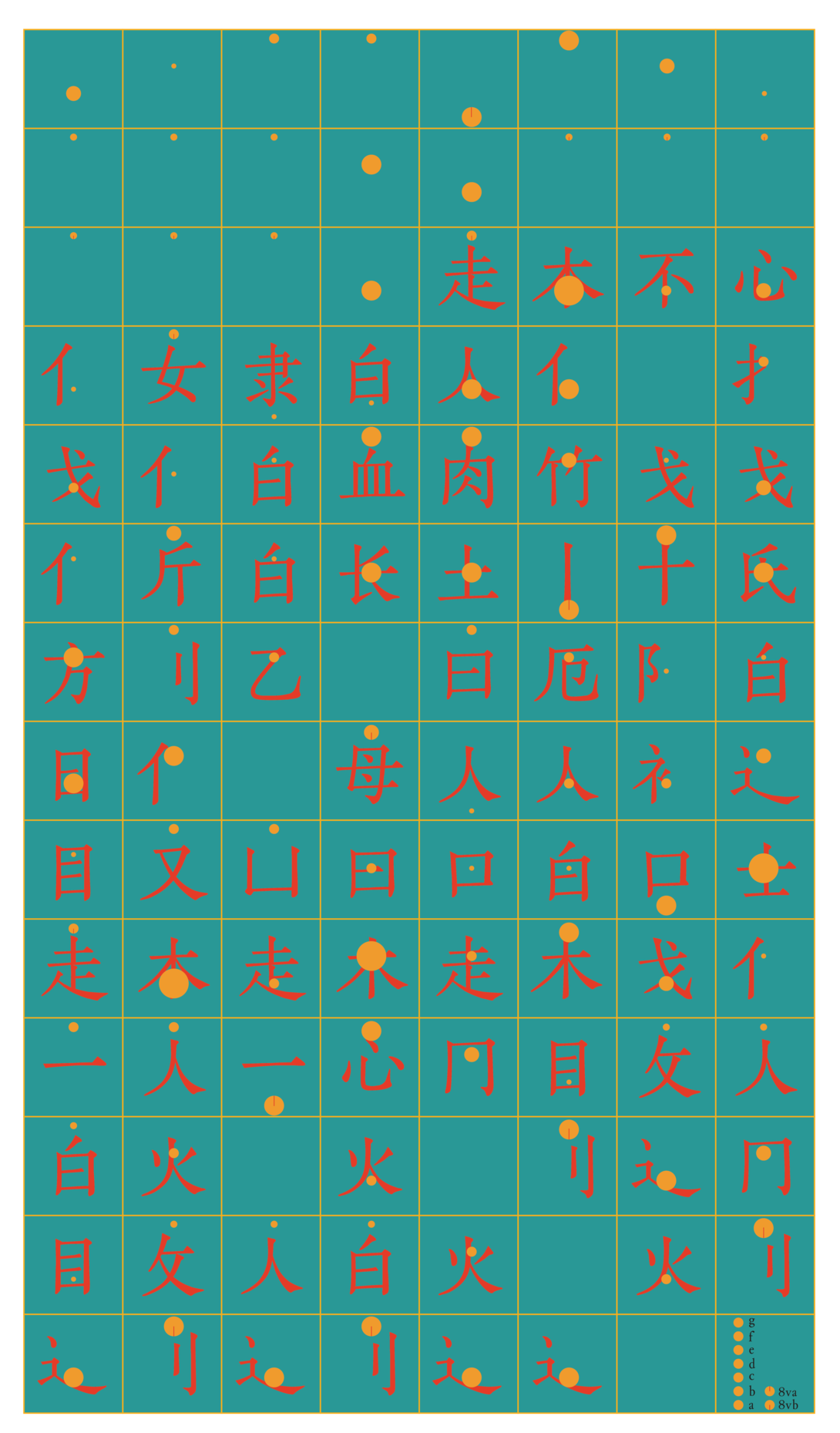 Sing It Along by Leah Xinyan Jin

It is a visualization of the national anthem of China. From left to right, top to bottom, it visualizes the entire song and lyrics. The lyrics of Chinese characters are not complete characters but instead, they are radicals (a traditionally recognized component of a character), which is the essence of the meaning for each character. The yellow dots indicate musical notations referring to the legend at right bottom, from bottom to top (la, si, do, re, mi, fa, so), and one with line facing up meaning one otthe tava up, one with line facing down meaning one ottava down.
The colors yellow and red are inspired from the colors of flag of China, while the color turquoise is inspired from the delicate painting in the architecture of Forbidden City in Beijing.
This is one piece that visualizes the essence of Chinese culture, in colors, in characters, and in music.