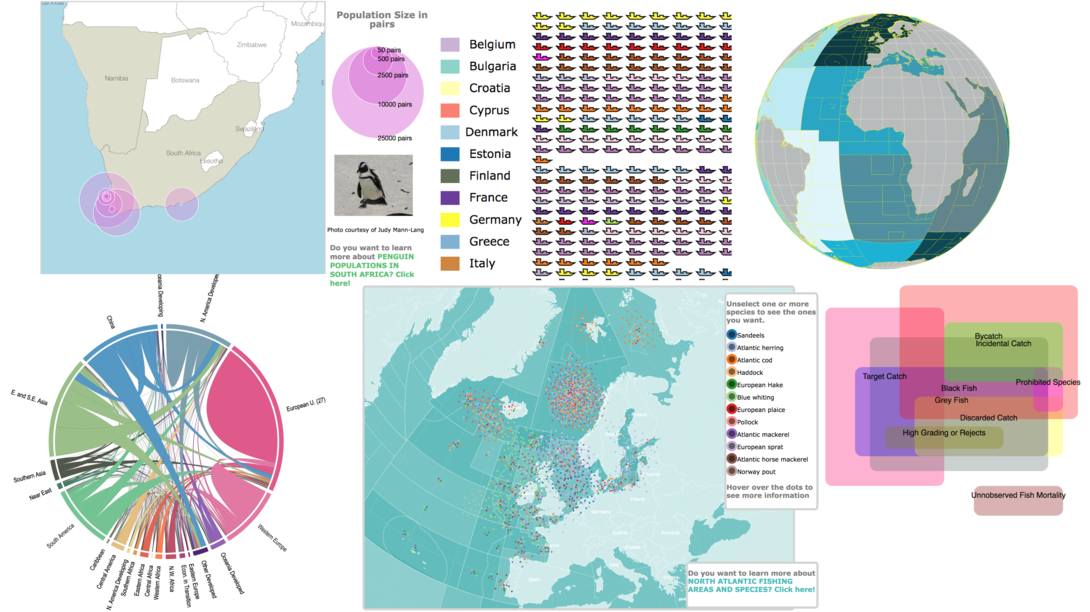 These visualizations, were originally created to take part in the research "Public Engagement through Fisheries Visualization". Their purpose is to study public engagement with different types of visualizations, using fisheries data. The topics selected for the visualizations, were chosen according to how relevant they were at the moment. Some topics were discarded because they did not fulfill all the requirements. Several topics had already been visualized, so they were not used. Others were not utilized because the data was not available or complete. Other topics were rejected, because the data was not sufficient to make the visualizations interactive. Finally they were selected according to how relevant they were to the project’s partners.
Each visualization was created in different interactivity levels. The data generated will be used to determine which level is more likely to engage the viewer. These visualizations will also be presented in an Aquarium, to study viewers behavior in a public setting. They were designed in D3.js, and were created at Manchester Metropolitan University, in the Centre for Policy Modeling. This research was funded by the project SAF21- Social science aspects of fisheries for the 21st Century. SAF21 is a project financed under the EU Horizon 2020 Marie Skłodowska-Curie (MSC) - ITN - ETN programme (project 642080).