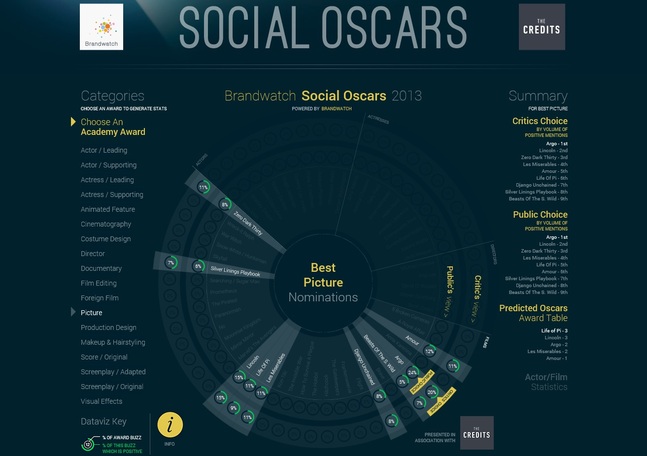 Other data sets about the Academy Awards tend to focus solely on predictions. Our visualization goes beyond to reveal the divergence in critic-public opinion. In the lead up to the ceremony, it highlights which nominees are the most discussed online and which are most mentioned as likely contenders.
To view nominee data, choose an award category @project.on the left. The share of social media conversation is shown in the spotlights emanating from the centre circle. Select a nominee to reveal extra statistics at the base @project.of the column on the right. We compare comments by critics and @project.the public, highlighting differences between voices of authority and @project.the word on the street.