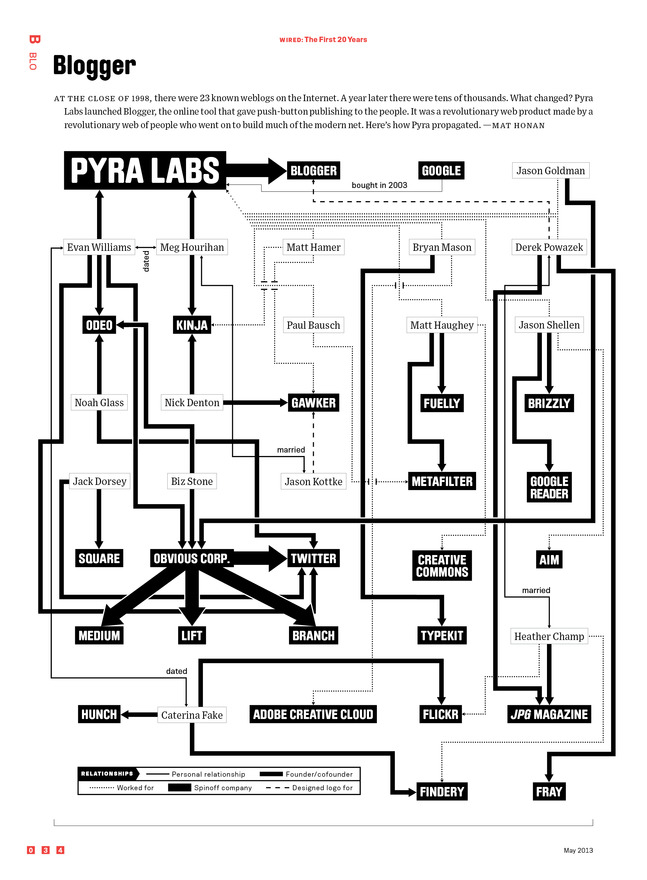 At the close of 1998, there were 23 known weblogs on the Internet. A year later there were tens of thousands. What changed? Pyra Labs launched Blogger, the online tool that gave push-button publishing to the people. It was a revolutionary web product made by a revolutionary web of people who went on to build much of the modern net. Here's how Pyra propagated.