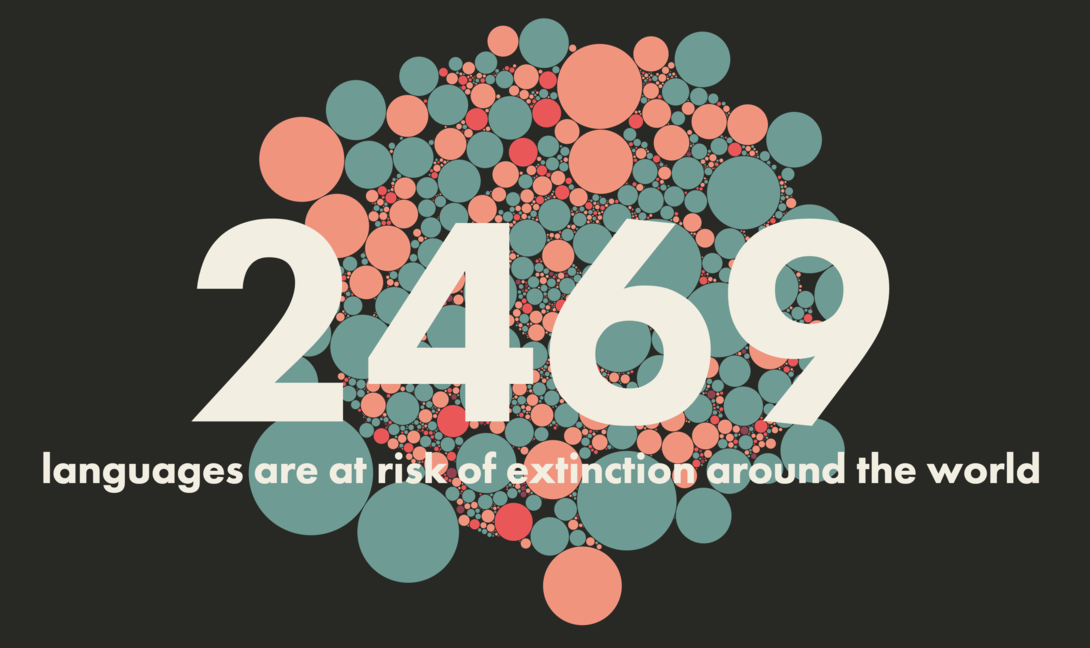 The way we speak has an enormous effect on our identities. As part of a series on digital identity, we used a UNESCO dataset and D3.js to create a visual essay about the world's endangered languages. We showcased the cultural value of these languages, showed how many people speak each language, where the language is spoken, and the degree of endangerment. We also profiled a trio of languages in detail, allowed the reader to find their closest endangered language, and to explore a world map.