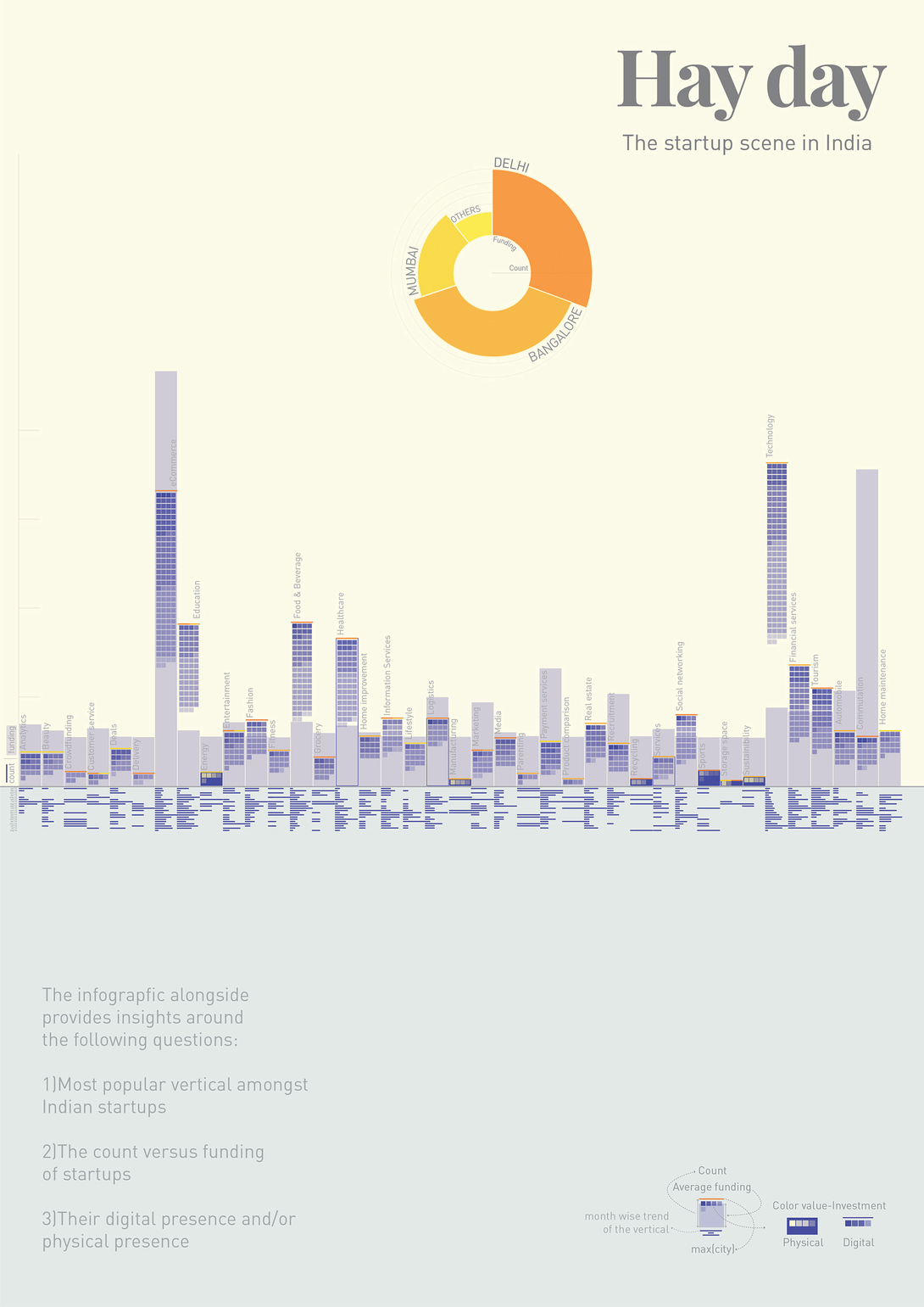 This infographic is a static A3 poster which highlights the startups that emerged in India from January 2015 to August 2016. It communicates the popular industry verticals amongst Indian startups, the kind of funding received, cities popular for particular verticals etc. The data vis is an allegory which is in the form of a city morning skyline which is visualised with a metaphorical meaning to it.