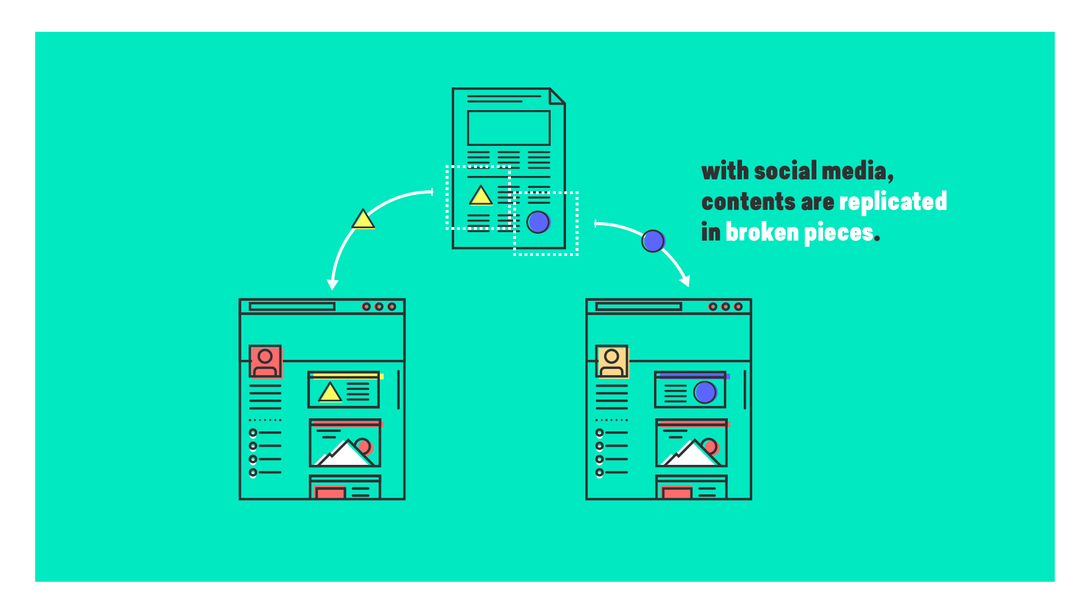 Visual narrative in video developed for the World Editors Forum congress in July 2016 in Cartagena. Design and animation were signed by Datadot and the visual narrative was idealized by Ricardo Gandour, journalist and researcher in Columbia University. The video is about digital fragmentation and explains some contemporary phenomena such as fake news, polarization and the future of communication and journalism companies.