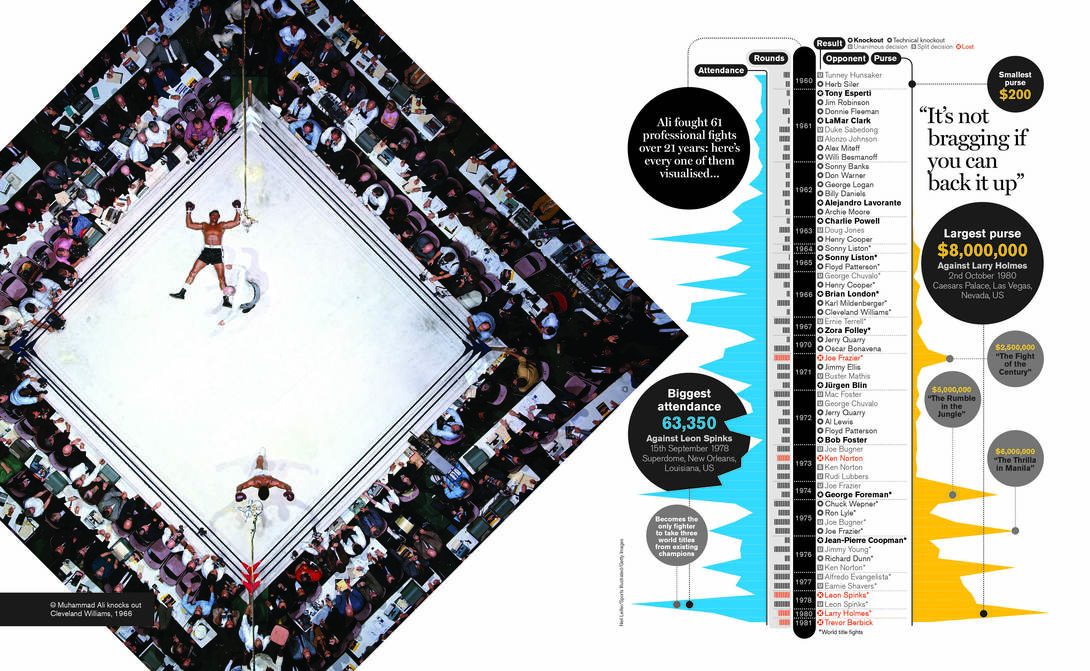 I am the Greatest

When Muhammad Ali died in June 2016 we wanted to create a visual tribute to the finest boxer who ever lived. As we run a Slow Journalism magazine, which reports on events at least three months after they’ve occurred, we have the opportunity to take our time with our reports, rather than having to rush out an immediate, knee-jerk reaction. So we spent weeks researching Ali’s life and created this eight page infographic eulogy. By combining photos, text and data visualisation we told the story of Ali, including the statistics behind every single one of his bouts, an in-depth look at his most celebrated fight – the infamous Rumble in the Jungle – and his actions outside the ring.