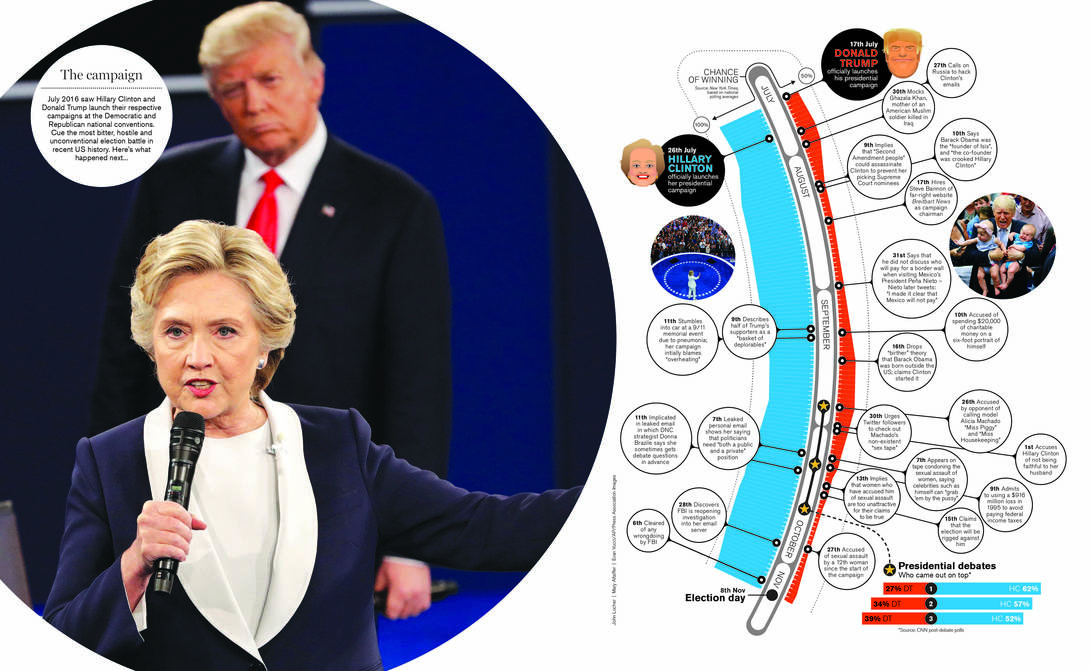 The Outsider by The Slow Journalism Company

Donald Trump’s rise from joke candidate to Commander in Chief was extraordinary. As Delayed Gratification is a Slow Journalism magazine, which reports on events at least three months after they’ve occurred, we had the opportunity to delve into the data behind this political earthquake. The result is this nine page piece of data journalism charting every aspect of Trump’s unlikely win. We analysed the peaks and troughs of the Trump and Clinton campaigns and the byzantine inner workings of the Electoral College system, which Trump once dismissed as a “disaster for democracy” and then embraced as “genius” after his victory. We also looked at every US president since George Washington to see how Trump fits in with his predecessors, both illustrious and infamous. Turns out that a clean shaven, white, male, multi-millionaire Republican winning the Presidency shouldn’t have been quite such a shock after all.