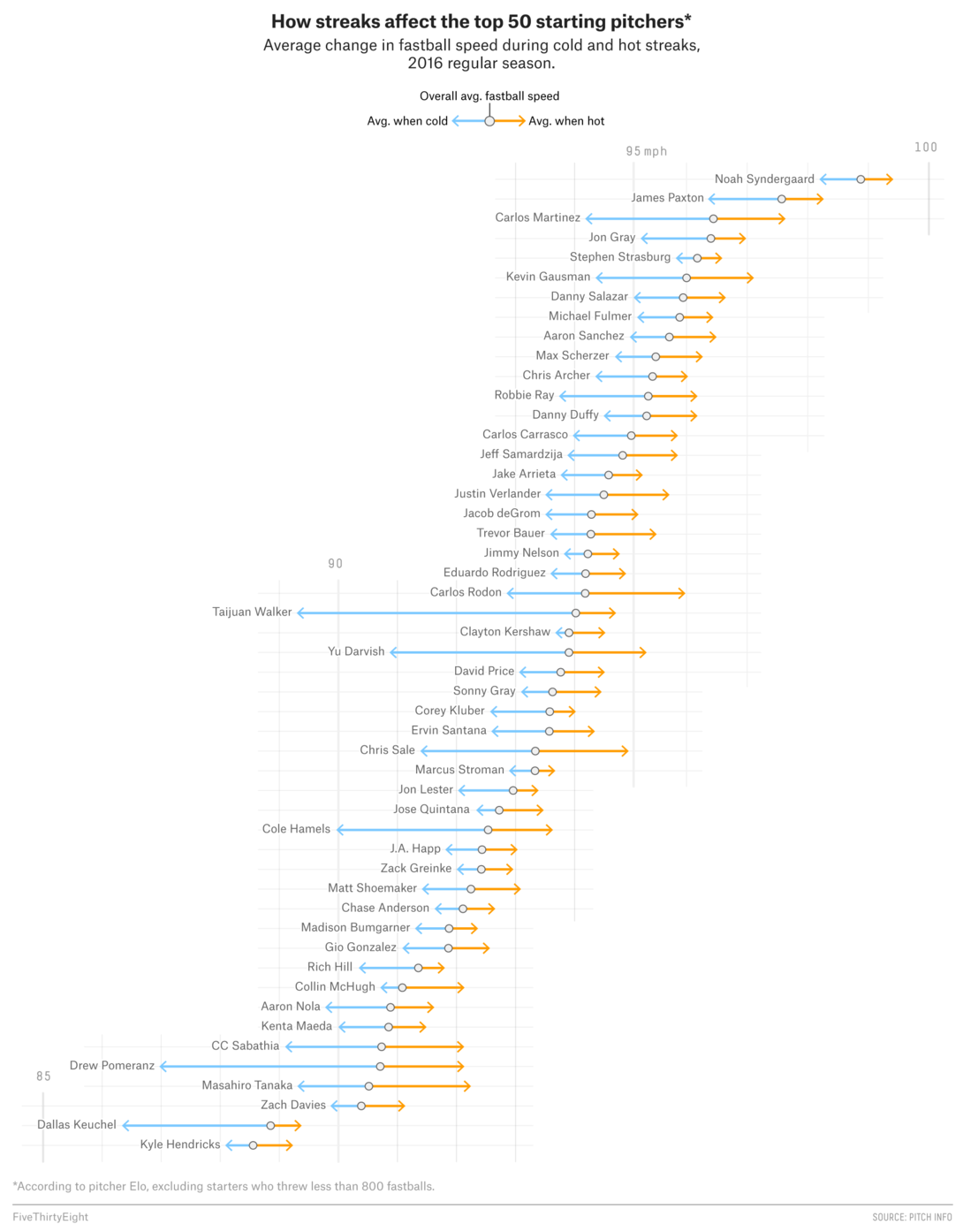 Baseball junkies have long debated whether or not pitchers have hot and cold streaks. Fans and commenters have historically said yes they do, but sports data analysts have claimed believers in streaks are forcing a narrative onto what is really just statistical noise. Two writers for FiveThirtyEight decided to build a model to settle the question once and for all — if they could successfully predict whether or not a pitcher was in a hot or cold streak, then it would prove such streaks exist. They built their model and found that they could indeed predict streaks. Then they determined the impact a cold or hot streak has on a pitcher's fastball speed. The main data visualization in this story is of just that: we took every pitcher, showed his average fastball speed, how much the average speeds up during hot streaks and how much it slows down during cold streaks.