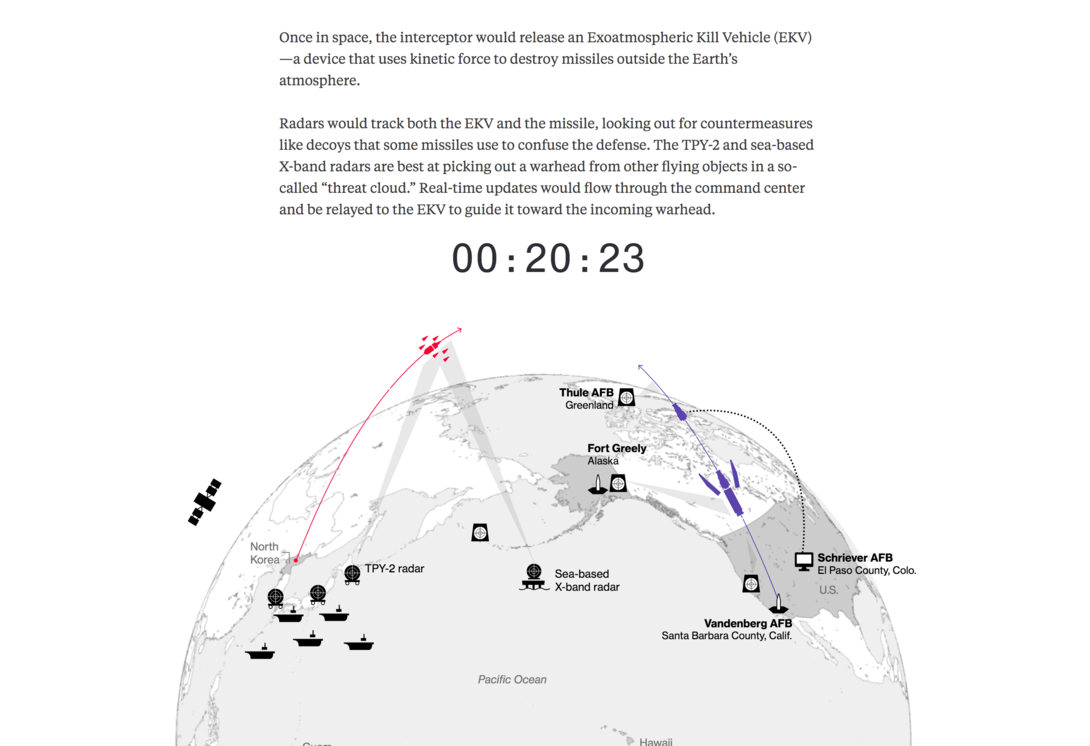 How Would the U.S. Defend Against a North Korean Nuclear Attack? by Bloomberg Graphics

When Secretary of State Rex Tillerson sought to allay American’s fears of North Korea’s nuclear threat by saying, “Americans should sleep well at night,” we asked, should we? What would happen if North Korea launched a missile? How would the U.S. global missile defense work? Using animated icons and maps, the graphic runs through the 22 minutes from a theoretical missile detection to intercept and destruction. The analysis reveals a global network in a constant state of readiness while still evolving and testing. Should Americans sleep well at night? Yes, for now.