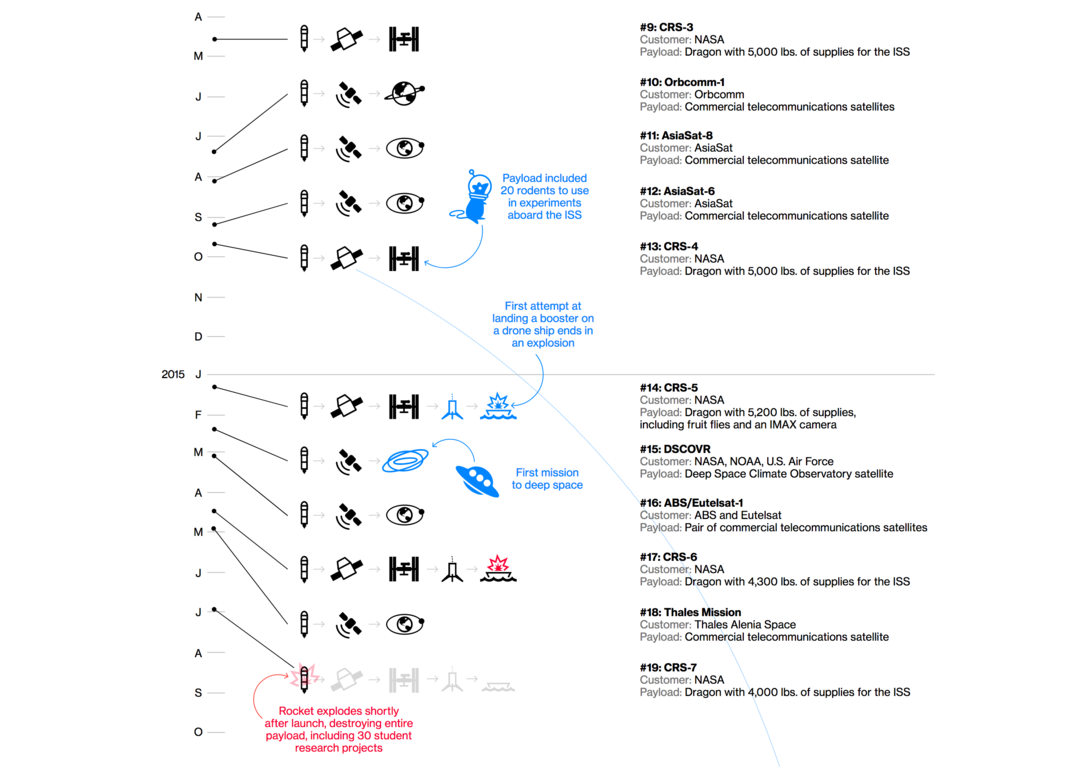 Elon Musk Is Getting SpaceX Closer to Mars, One Rocket at a Time by Bloomberg Graphics

Inspired by rebuses, a narrative method dating from as early as the 15th century that uses pictures to represent words, Bloomberg journalists tackled the Space X story in a compelling new way. Pictograms (including a floating rodent with space helmet) brought to life the launches, orbits, explosions, deep space missions and drone ship landings in a visual timeline that spans from 2010 to the present. The graphic anticipates the maiden flight of the SpaceX Falcon Heavy rocket, scheduled for November.