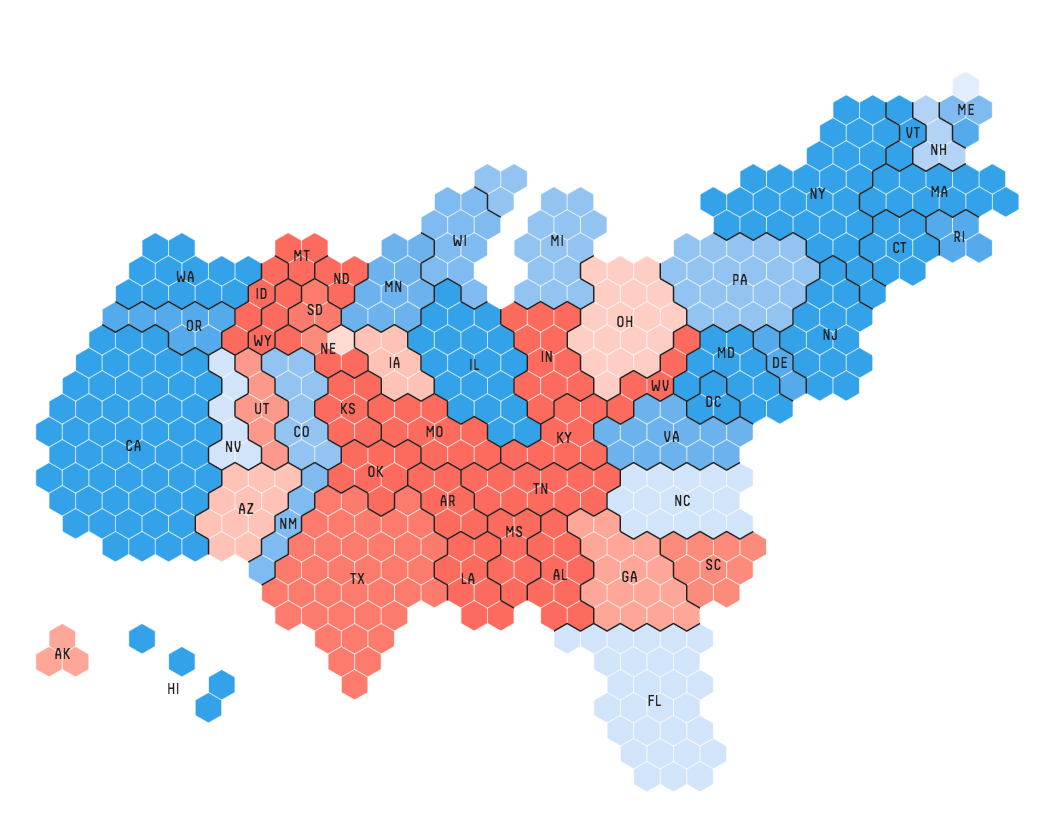 Our election forecast used interactive charts and maps to show the constantly changing state of the 2016 presidential race. We used multiple forms -- including several types of charts and maps -- to help users see where the race stood and what the likeliest outcomes were. Our forecast was often at the center of the conversation about the state of the 2016 election. According to Chartbeat, it was the most engaged piece of journalism across every site that they track.