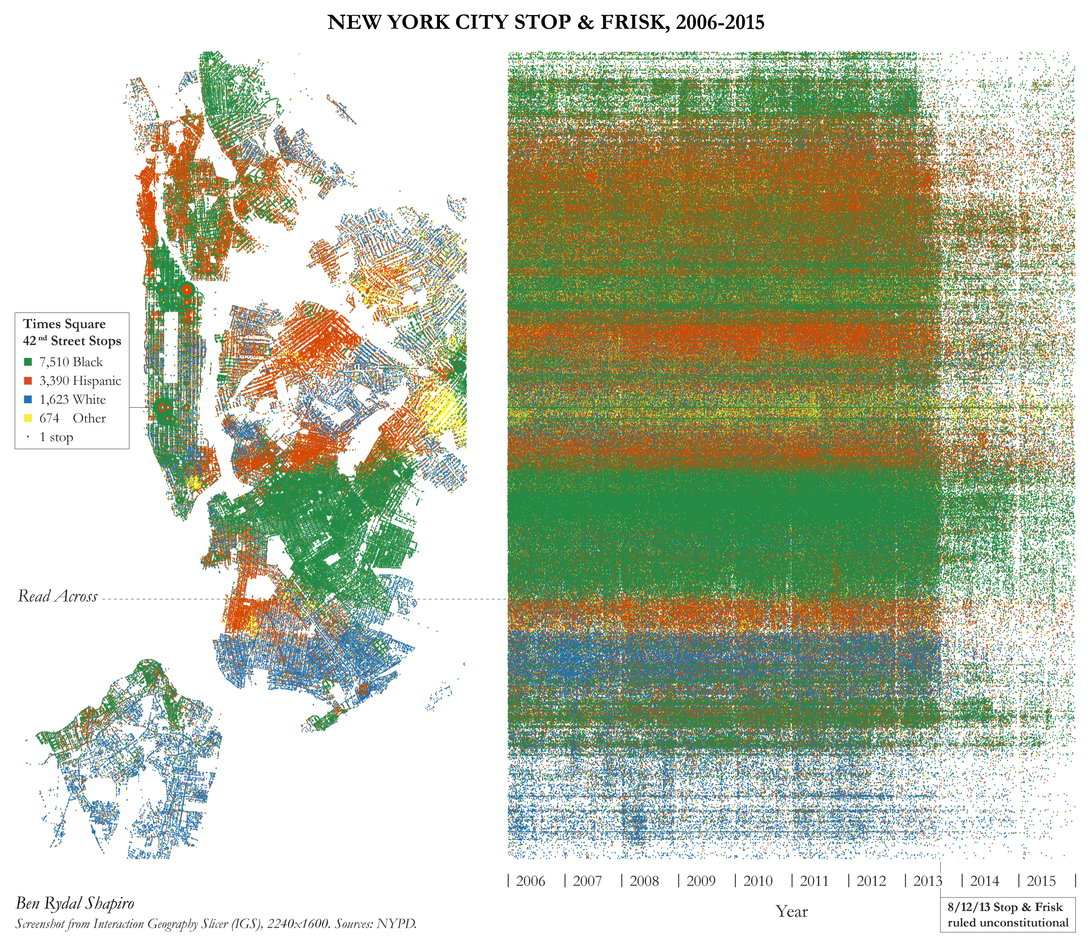 “It was ineffective” – Hillary Clinton

The three statements above were made during the inaugural U.S. 2016 presidential debate by Donald Trump, Hillary Clinton, and moderator Lester Holt, respectively. These statements reflect different views regarding the effectiveness and future use of “stop, question and frisk” policing tactics that allow police officers to stop civilians whom police officers deem reasonably suspicious and subsequently, frisk, search, or detain them, even through the use of physical force.
The three images in this submission adapt and use a dynamic visualization environment I have developed and call the Interaction Geography Slicer (IGS) to visualize data about New York City’s Stop & Frisk Program. Together, the primary goal of these images is to provide new ways for the public to view and discuss New York City’s Stop & Frisk Program. A secondary goal is to show that important (and controversial) political and social issues that occur “in place,” such as stop and frisk, can benefit from new, spatiotemporal ways of viewing, analyzing and discussing them.