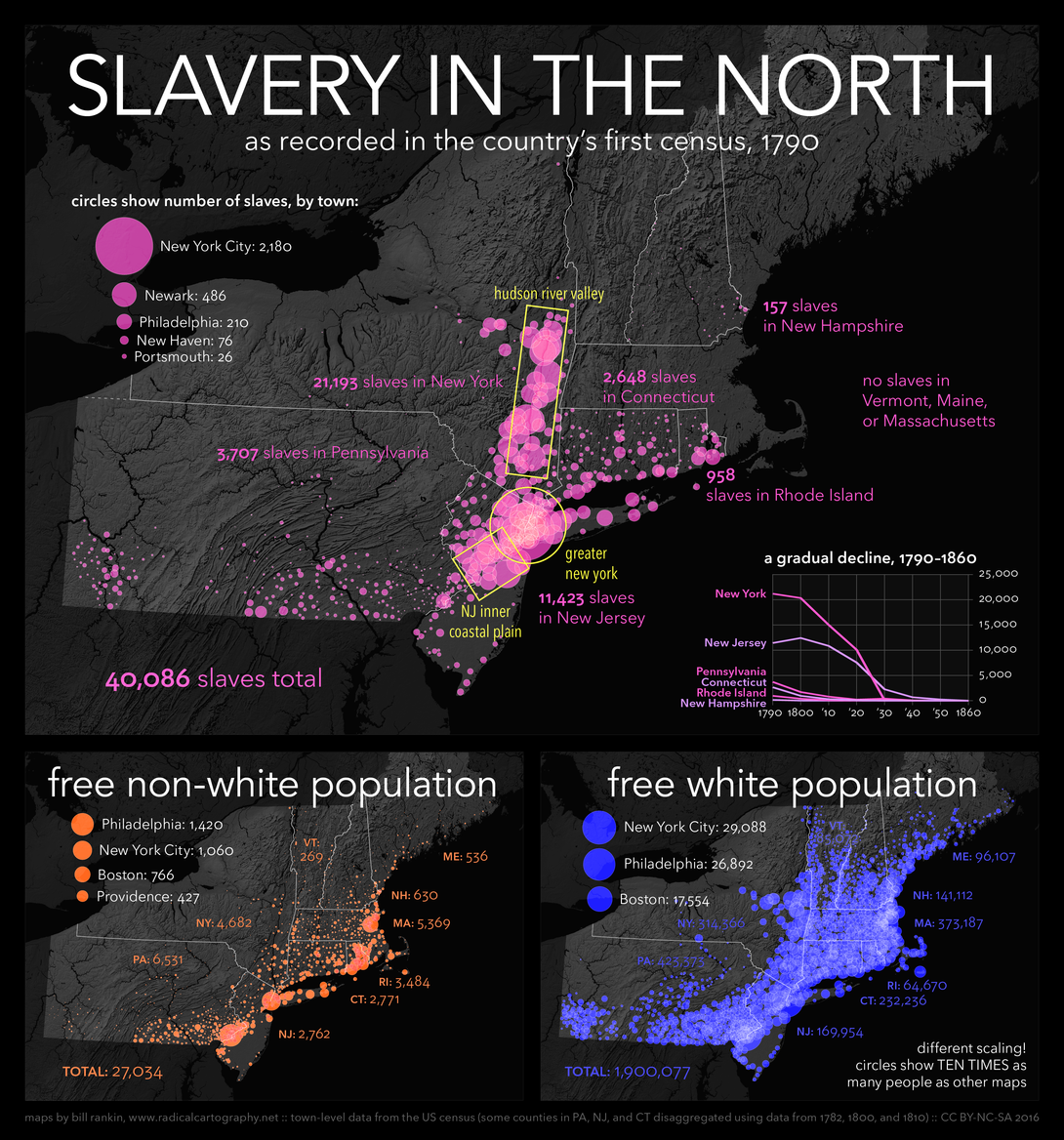 Slavery in the North by Radical Cartography

Data on early slavery in the American north is easily available at the county level, but the most important patterns only emerge by going back to the original 1790 publications and plotting it town by town. The stark difference between the areas first settled by the Dutch (from northern New Jersey up the Hudson River to Albany) and the the rest of the North is immediately apparent. The detailed numbers are given in the interactive map—Brooklyn, for example, was 25% slaves; Philadephia was 1%.