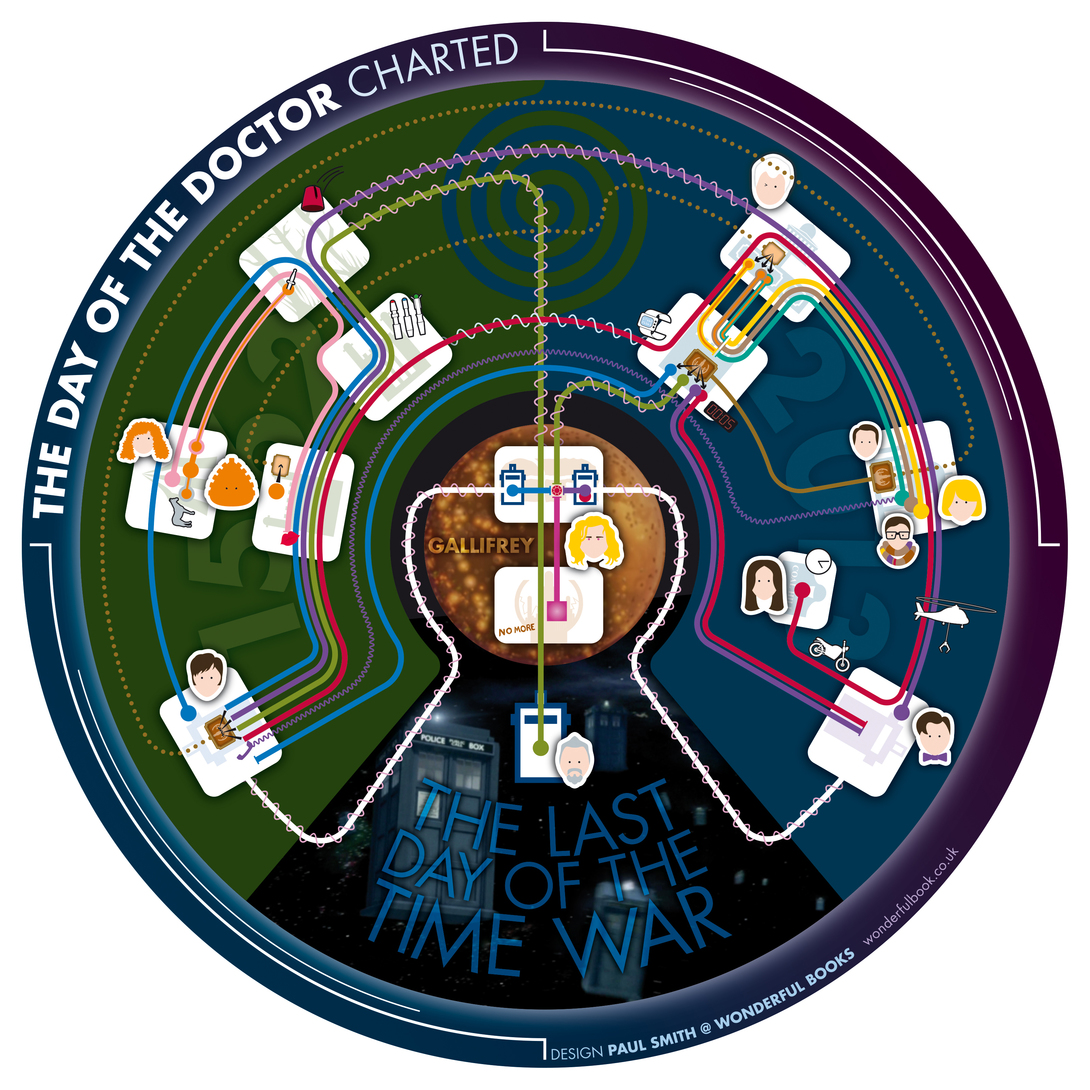 The Day of the Doctor Charted by Paul Smith

Interviewed in Doctor Who Magazine in 2016, series showrunner Steven Moffat talked about the difficulties of writing the 50th anniversary special 'The Day of the Doctor' in 2013. He was not only bringing together multiple Doctors, but also a secret incarnation viewers had never seen before, all within one of his trademark time-bending plots. He concluded by saying: "If you actually break it down, it's the world's most complicated story, ever. Try doing a flowchart of that one!"

So I did. I worked through the story and the characters' movements -- across several time zones as well as places, of course, this being Doctor Who -- and produced a diagram that traced them all through the convoluted events of the story. I started with a rectilinear layout to work out how the characters' paths inter-related while getting them to align with minimal crossovers. For the final version I reworked this into a circular form that allowed the different settings to be connected and mirrored the circulatory nature of the storyline.

Intending it for fans who would be familiar with the show, I used recognisable icons and colour for the characters and specific artefacts to make it clear who was where throughout the story without requiring too much text or signposting, as I wanted to keep the character path lines uncluttered and easily traceable.