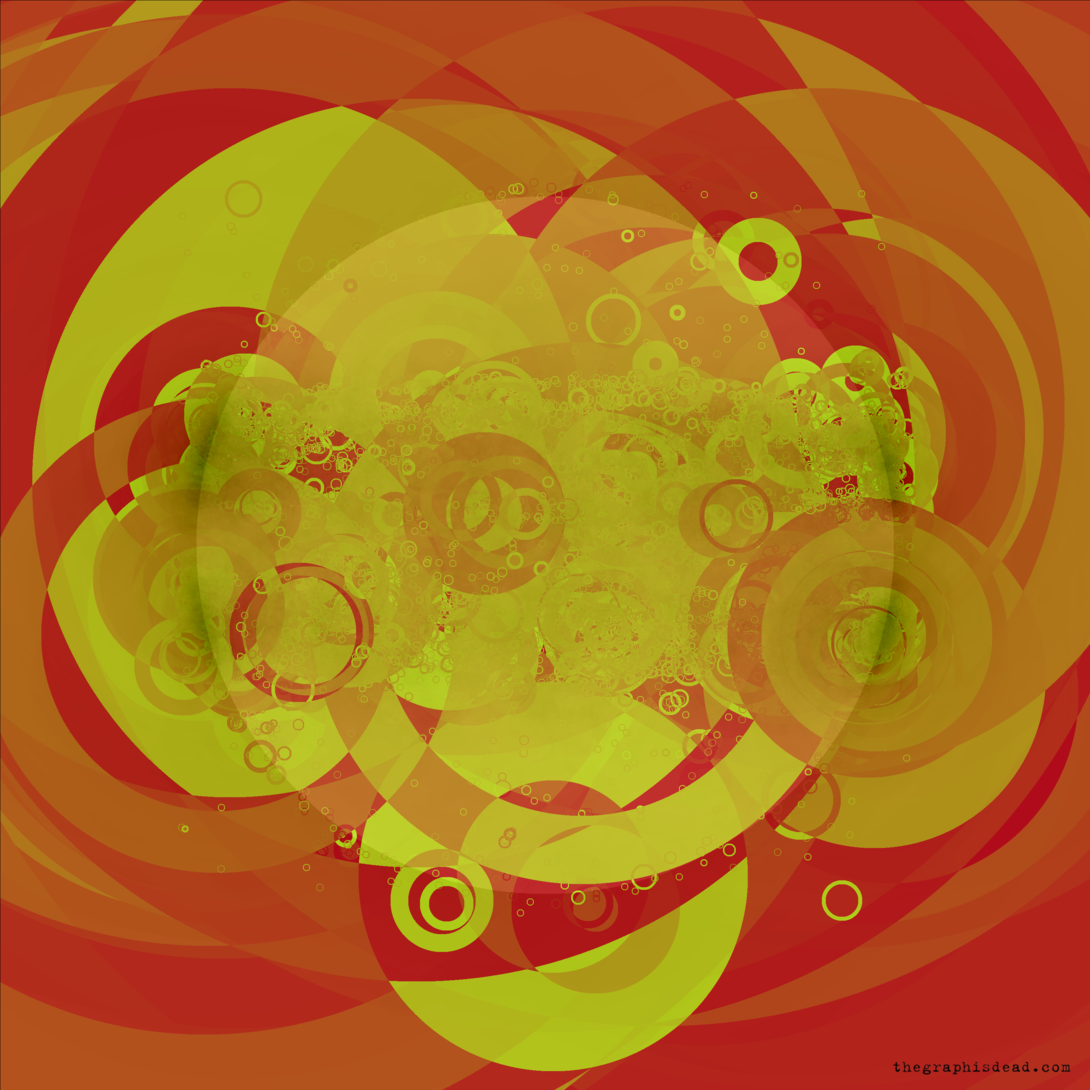 All solar flares laid over one another as you look at The Sun. Each flare is a circle. Since Feb 2002 there have been 115424 flares detected by the RHESSI mission. Most originate from The Sun (though some will be a Gamma-ray burst). The Sun is an interesting object as it can’t easily be observed by the casual observer (unlike, say, The Moon) and a lot of the structure and activity is hidden. This image is an attempt to show some of this activity. Importantly, all the scales are kept linear to show the range of this activity. The range of individual flares when combined show a larger, underlying structure for The Sun without fitting models or further measurement. Clearly two bands exist either side of the equator where the density of flares are greater, due to the magnetic field structure.

Each flare is overlaid in date order with the size and color depicting the strength of the burst, with the previous flares showing through at half the intensity as they are overlaid. The center of each flare is the angular position of the flare origin on the sky, the exterior radius relates to the total counts on the RHESSI instrument, the inner relates to the duration. The color relates to the peak counts (red is a larger peak). Overlaid the final image is the density map of the origin of the flares and an off-set in brightness to depict the extent of The Sun’s disc. The brightness is a circular disc though the shape of The Sun may not be entirely spherical.

Though, it seems as though some flares originate outside The Sun’s disc. This could be due erroneous detection or false signals in the instrumentation, but also could be flares from the opposite side of The Sun that are only observed once they have reached a certain distance from the surface.