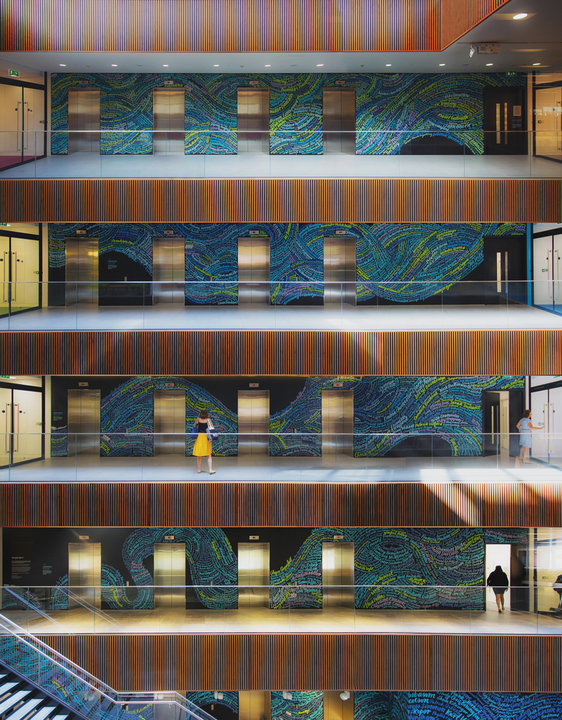 The River of Authors by The Graphic History Company www.ghc.co

The River of Authors is an enormous mural celebrating 250 of literary history at the offices of book publisher Hachette UK. Using data from the British Library, it features the names of 5,000 prominent authors published by Hachette UK from 1768 to 2017, including Charles Darwin, Jane Austen, Bram Stoker, Daphne du Maurier, Nelson Mandela, Goscinny & Uderzo, JK Rowling and Malala Yousafzai. The river design reflects both the twists and turns of great stories and the riverside location of Hachette's offices. The mural spans 8 floors and 450 square metres of wall space. New authors are to be added each year.