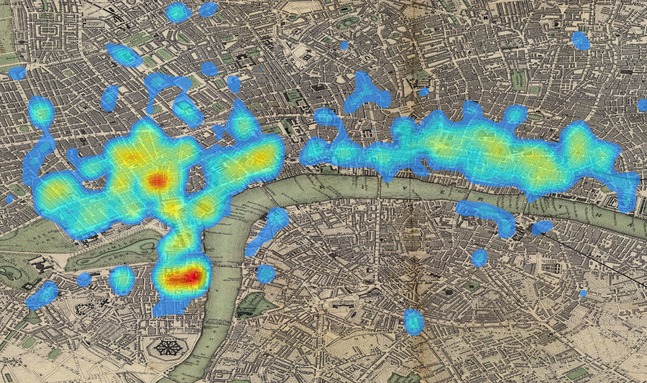 Historic London as Seen from Wikipedia by Elijah Meeks

While Wikipedia is a most modern creation, its content reflects a historical accumulation of facts and attention. This map of London shows the density of articles in Wikipedia associated with locations in London. Areas with few articles are shown in blue to yellow and areas with many articles from yellow to red. The heat map is laid onto a georectified map of historical London from the mid-19th century (from the David Rumsey Historical Map Collection), and demonstrates the density of events and attention to the older districts of London.