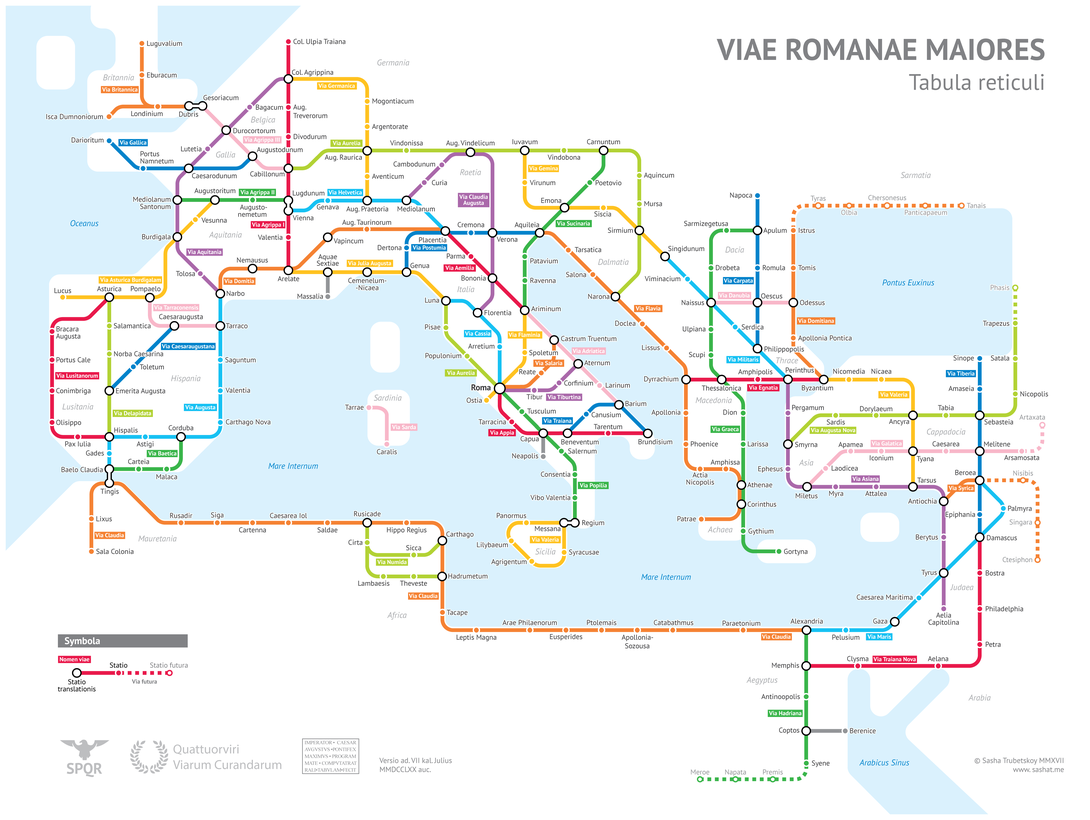 A visualization of the primary roads of the Roman Empire, circa 150 AD, in the style of a subway diagram. Connections between cities are emphasized at the expense of topographical accuracy. The juxtaposition of ancient Rome with a modern subway map is jarring and thought-provoking to the reader. But they are left with a comforting afterthought – seemingly ancient information is made instantly more accessible through a familiar format.