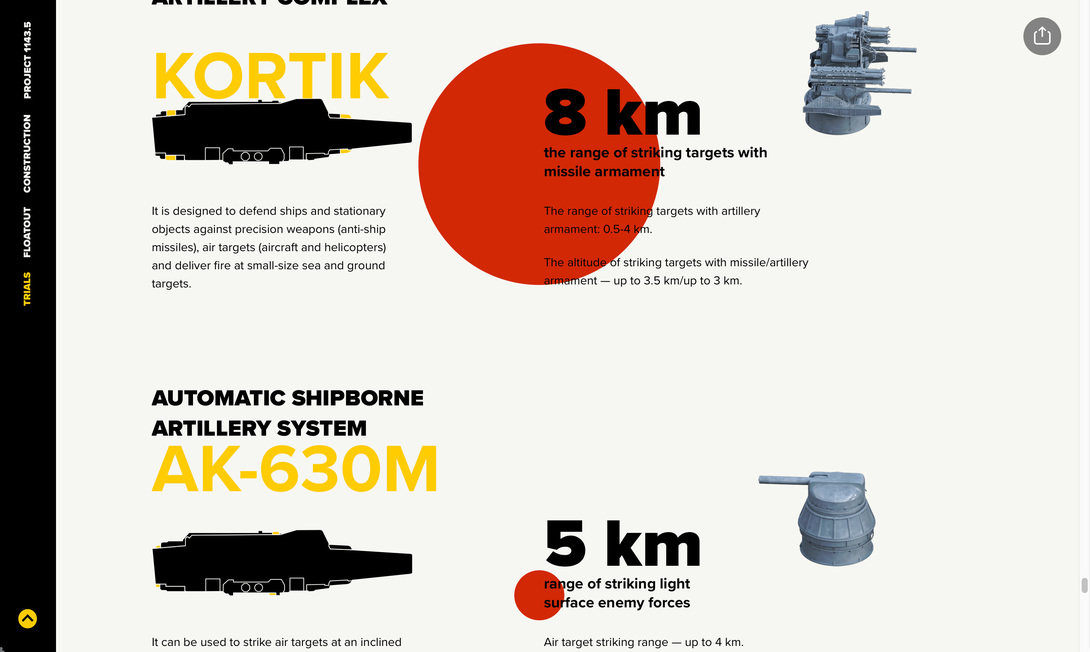 A TASS project devoted to the development of the first-ever Soviet aircraft carrier equipped with a ski-jump. The text, photos and infographics are stylistically blended into one element, which illustrates in great detail how the ship was built - from the keel-laying to the moment of its launch. Some parts are devoted to The Admiral Kuznetsov’s technical parameters, its weapons and system of deck landing. The infographic resources help convey a better idea of what the carrier-based naval forces are.