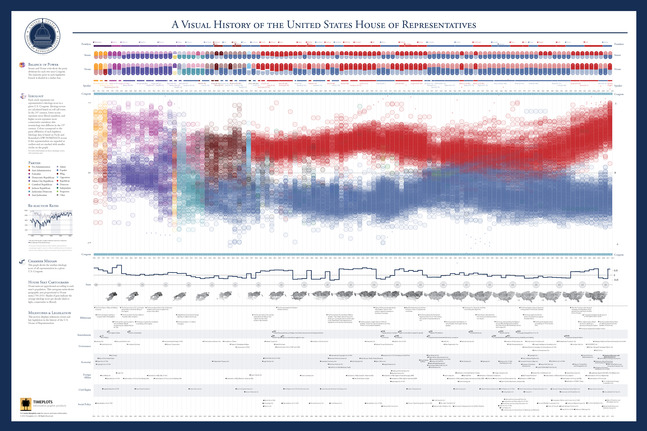 This timeplot is a visualization of the progression in political ideology of every House seat from 1789 to 2012. The main stream is made of more than 36,000 circles, each representing one representative's ideology score in a given Congress. The higher circles with positive values represent more liberal members; the lower circles, with negative values, represent more conservative members. Circles are color coded to show each representative's party affiliation. In the modern era, red circles represent House Republicans, and blue circles represent House Democrats.