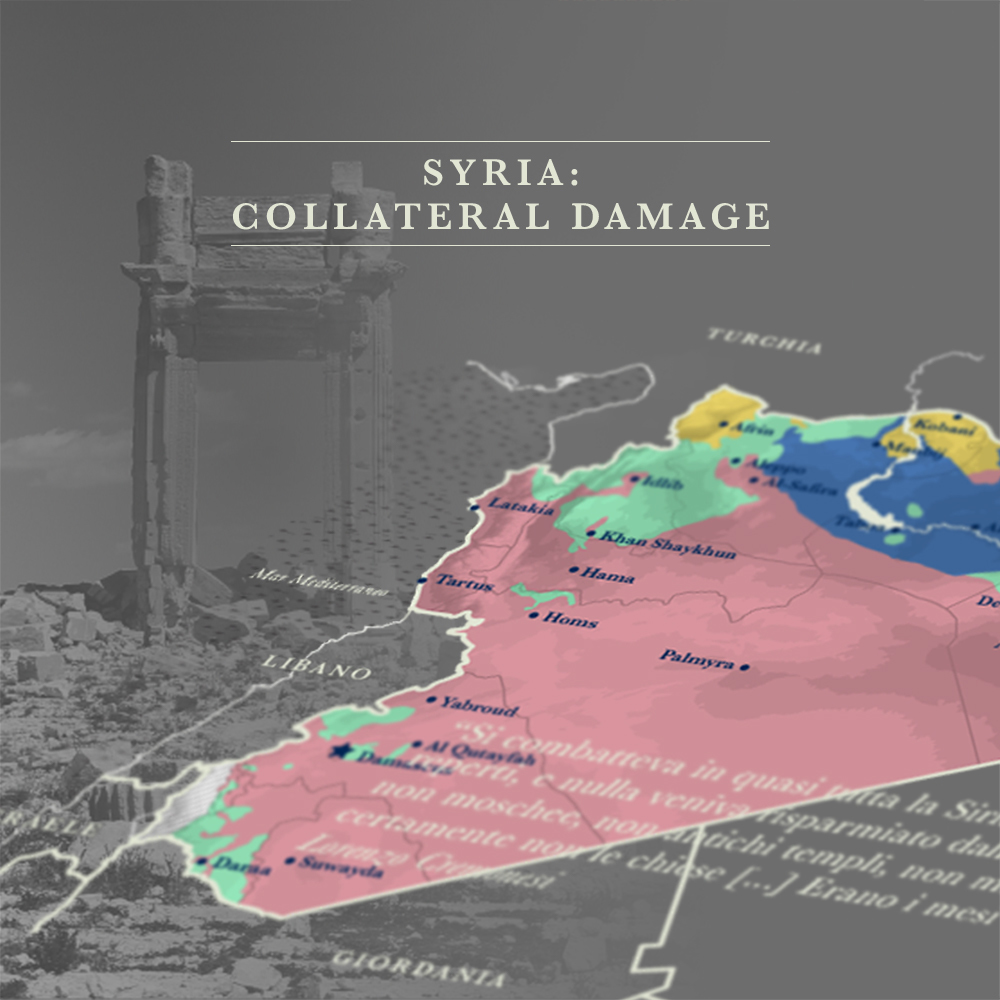 Siria: Danni Collaterali (Syria: Collateral Damages) is a visual journalism project which sheds a light on the destruction of historical heritage during the Syrian civil war. Text insights and maps tell the evolution of the conflict in a timeline, while other visualizations show the collateral damages of the war, focusing on the historic heritage of the country. More than 700 cultural sites have been destroyed during the armed conflict, the project allows users to understand the scale of this loss.