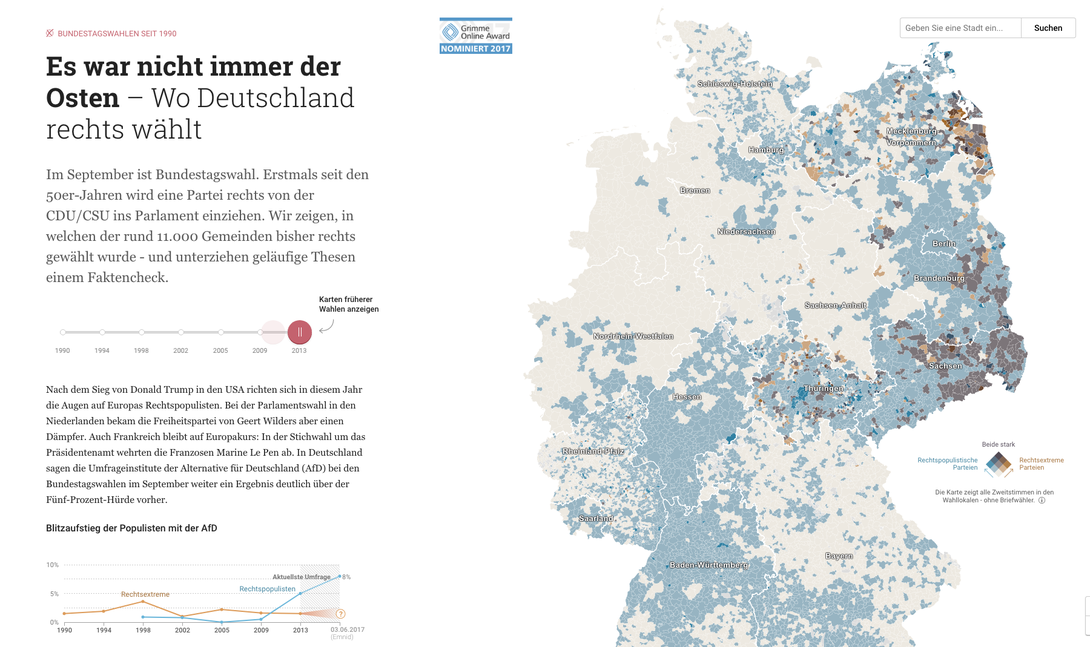 It wasn’t always the East – where Germany votes for the far-right by Julius Troeger, Andre Paetzold

The German federal election takes place this September. For the first time since the 1950s, a party to the right of the CDU/CSU is on track to enter the German parliament: the right-wing populist Alternative für Deutschland (Alternative for Germany, AfD). Using this application, the Berliner Morgenpost has investigated which parts of Germany have voted for the far-right since reunification, and subjects widely held beliefs regarding the far-right parties and their voters to a fact check. An interactive map provides a detailed overview of the voting results recorded in the polling stations for the extreme right-wing (brown) and right-wing populist (blue) parties for the around 11,000 municipalities in Germany. The results for all German federal elections stretching back to 1990 can be viewed by election year. The map is supplemented with a graphic showing the most recent polling results, and the accompanying text describes and expounds on the various views the interactive map allows. A brief video report provides some insight into the far-right heartlands, while widely held beliefs such as “the far-right does best where few foreigners live” and “far-right parties do better in rural areas than in major cities” are examined using statistical data in the analysis mode of the application.