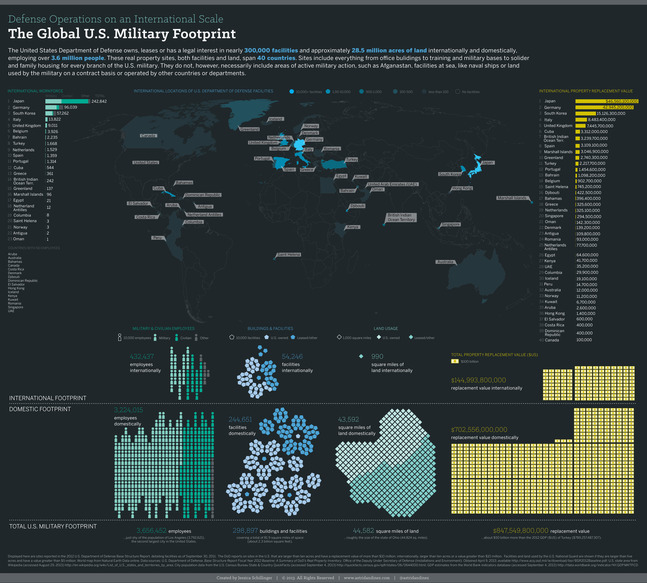 How wide is the reach of the United States military? It's a difficult question to answer. In addition to active military operations, such as Afghanistan, the U.S. DoD owns, leases, or has a legal interest in 41 countries globally (U.S. included), occupying nearly 300,000 facilities and 28.5 million acres of land. This footprint spans every continent and employs 3.7 million people. This global defense presence is unlike any other.
This infographic attempts to show the extent of the U.S. military footprint outside the context of active operations on a global scale.