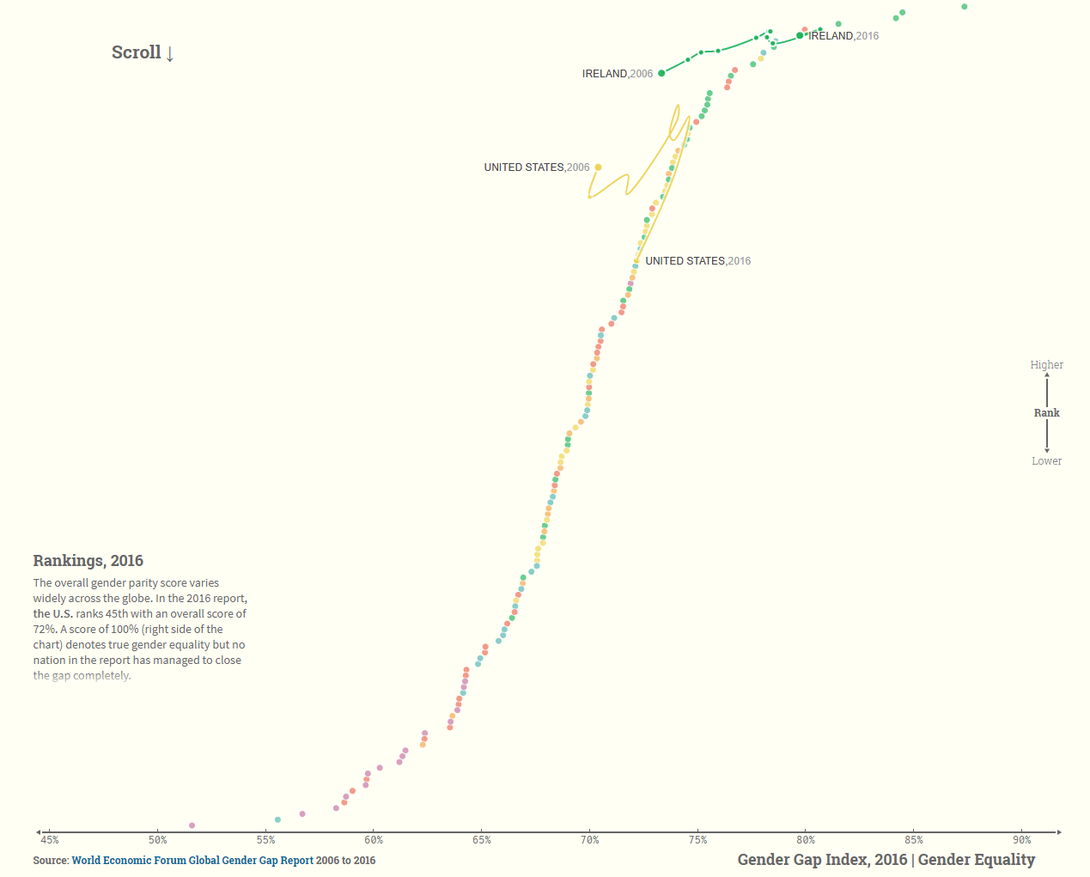 Since 2006, the World Economic Forum (WEF) has published an annual Global Gender Gap Report. In these reports, WEF "quantifies the magnitude of gender disparities and tracks their progress over time, with a specific focus on the relative gaps between women and men across four key areas: health, education, economy and politics."

The latest annual report, released in November 2016, covers 144 countries and marks the 11th installment. As the WEF notes, "more than a decade of data has revealed that progress is still too slow for realizing the full potential of one half of humanity within our lifetimes."

We analyzed this data and built an interactive story to explore it.