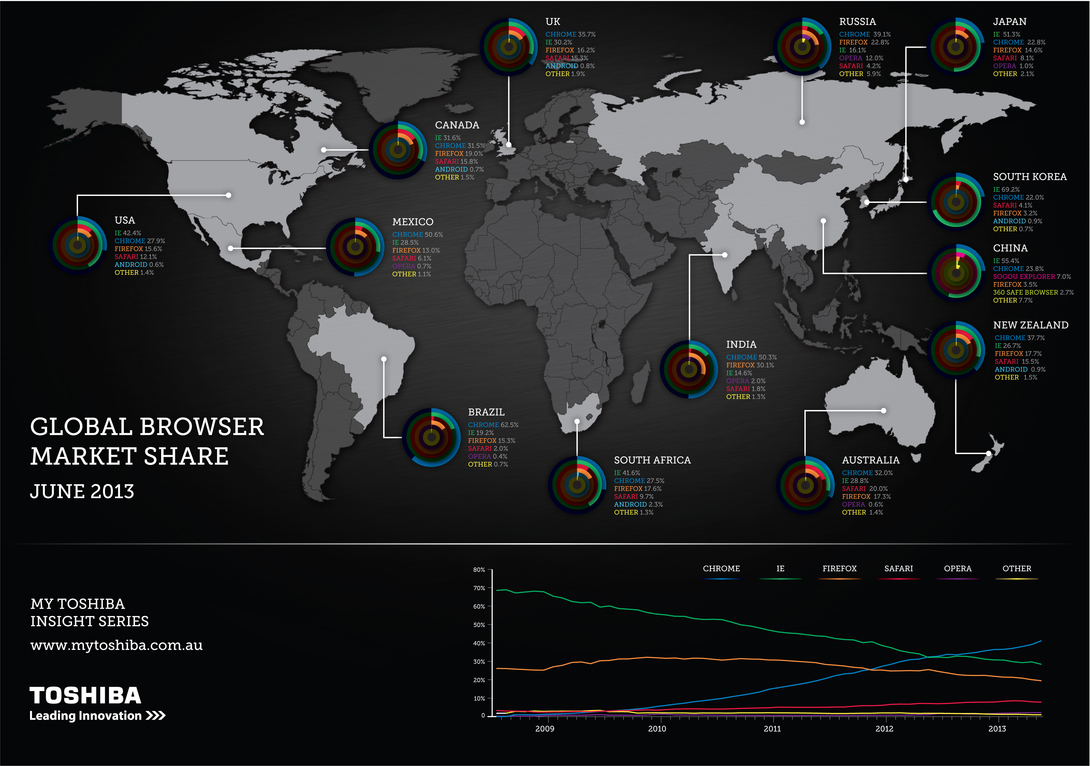 Tech blogs. They don't agree on much. Apple Fanboys, Android Fanboys, Playstation Fanboys, Xbox Fanboys… the web is awash with people flaming each other about their choice of technology. If there's one thing they do agree on however it's that the time of Internet Explorer is over. Hail the King. Hail Google Chrome.

In many parts of the world however, ol' IE is very much alive and kicking and some of the reasons why are nearly as surprising. South Korea for example is for nearly all intents and purposes tied to IE. Why? In the late 90s the South Korean government developed its own platform to promote secure e-commerce – a prescient move. However the technology they used to develop this platform only works on Windows based machines with ActiveX. While these restrictions have since been rolled back, this has resulted in a continued domination of IE nearly 20 years later.

Globally however, the big reason is staying power of Windows XP and its default browser – Internet Explorer. Recent figures suggest that more than 35% of all PCs are still using XP nearly a decade later. Hand the crown back Chrome, there may be a way to go yet.

MyToshiba have recently compiled this browser share overview as part of their Leading Innovations series to show the disparity in browser share globally.