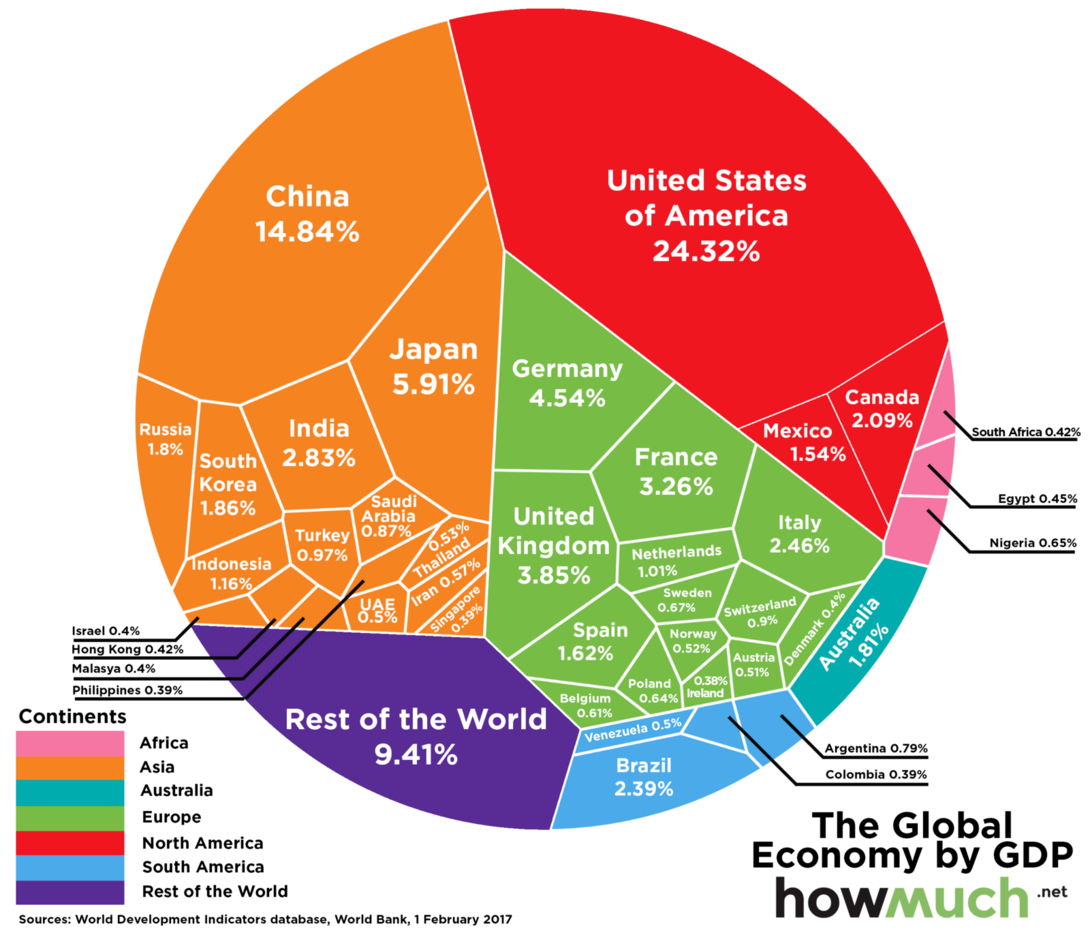 According to the latest data on global GDP released by the World Bank this February, the U.S. still is the world's biggest economy – by far. As shown by this Voronoi diagram, the United States (24.3%) generates almost a quarter of global GDP and is almost 10 percentage points ahead of China (14.8%), in second place, and more than 18 percentage points ahead of Japan (4.5%) on three.