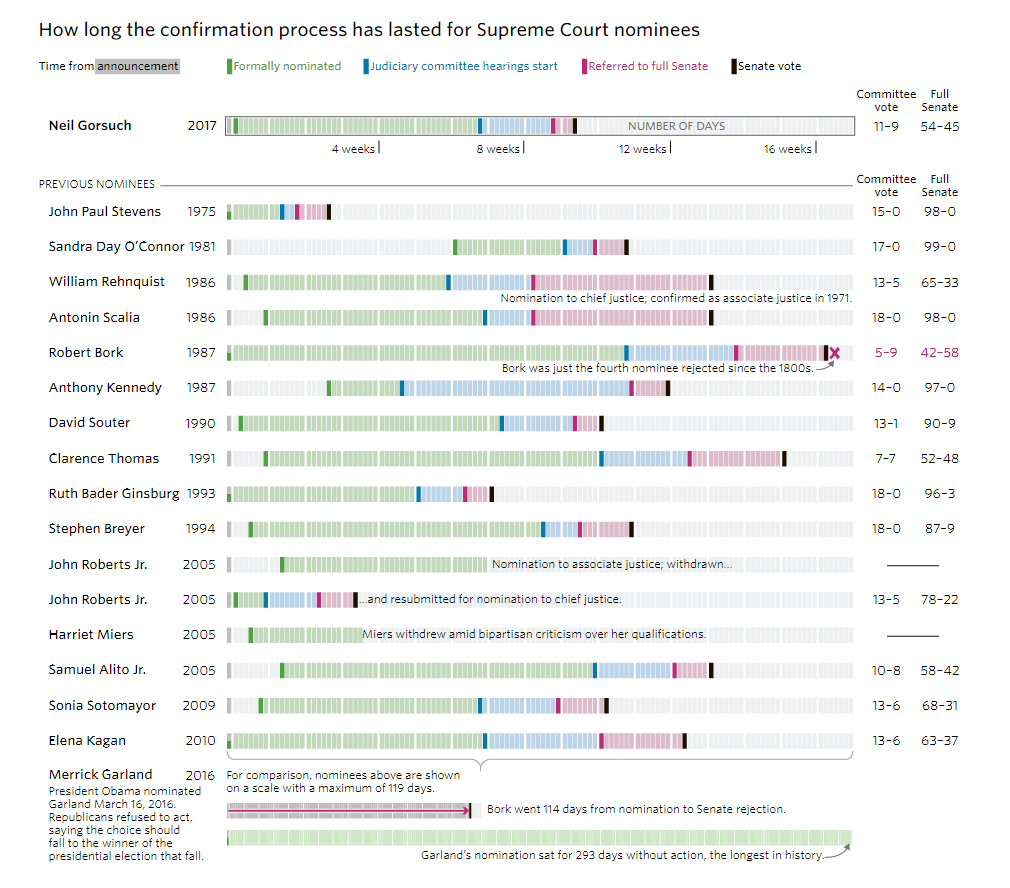 Before Getting a Seat on the Bench, Supreme Court Nominees Have a Hill to Climb by The Wall Street Journal

Less than two weeks after taking office, President Donald Trump announced that he was nominating Neil Gorsuch to the Supreme Court. Roughly two months later, he was confirmed by the Senate.

That timing is fairly typical of nominees over the past 40 years. Judge Gorsuch, a federal appeals court judge for the 10th Circuit, faced the Senate Judiciary Committee 48 days after his nomination was announced. That exactly matched the average for the 14 most recent nominees who received a hearing.