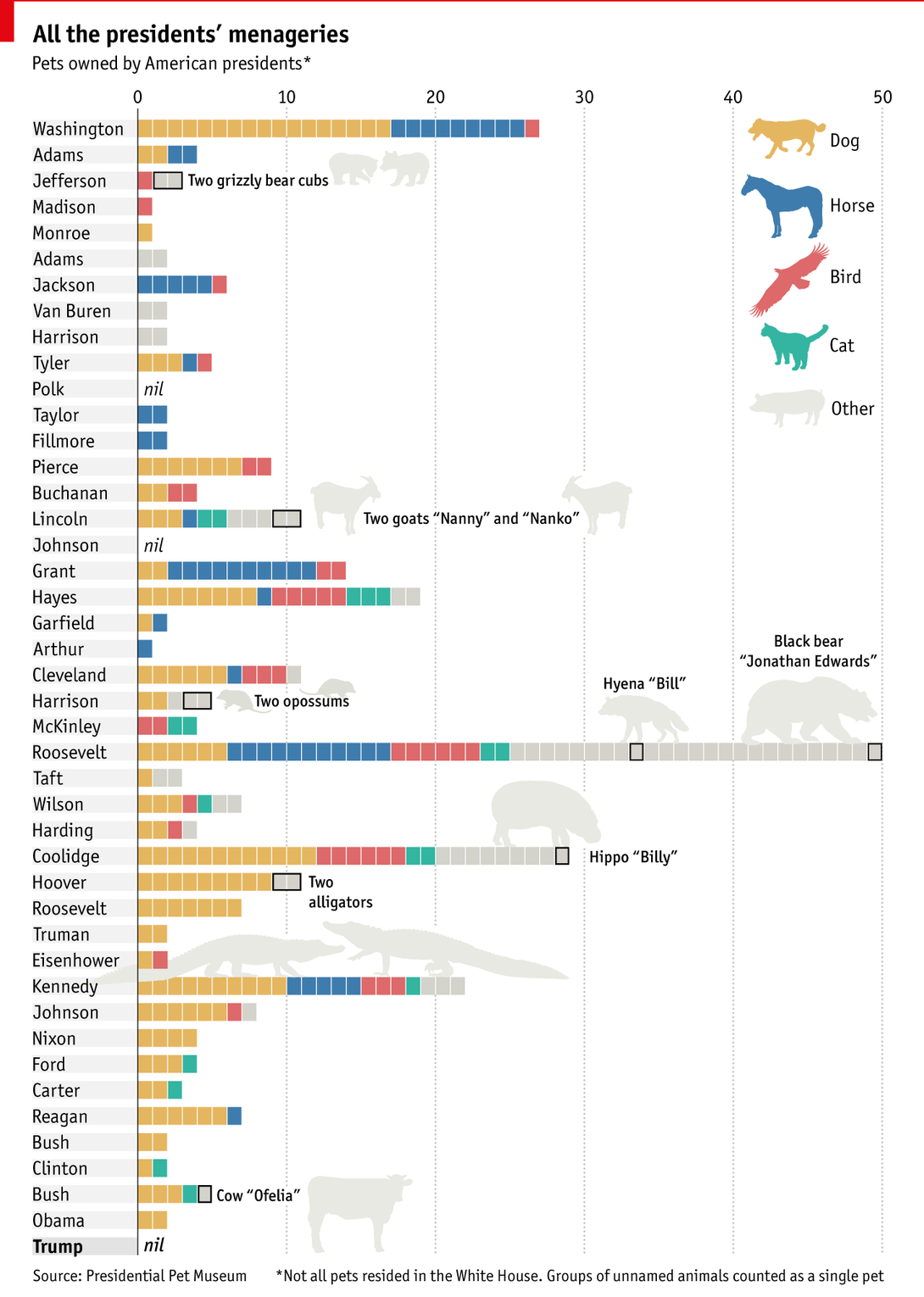 Donald Trump has broken the mould of the American presidency in almost every major category. He is the country’s oldest commander-in-chief, its richest and the only one in history without any governmental or military experience. He is one of just two presidents since 1888 to win an election without winning the popular vote. And last but not least, he is the first president without a pet in nearly 150 years.