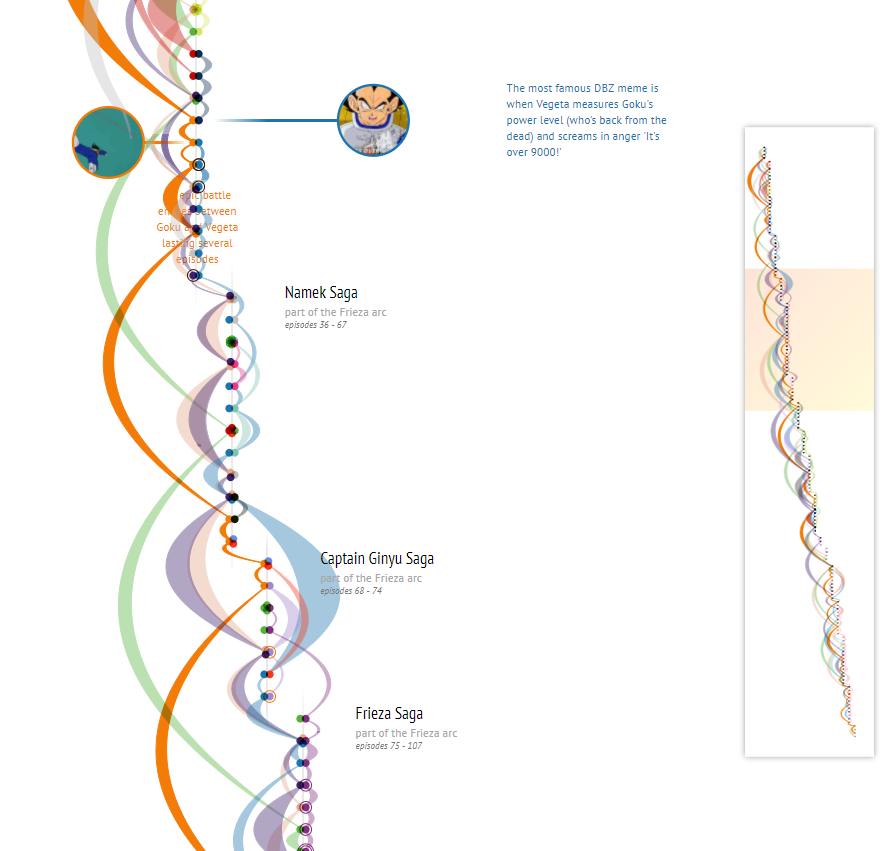 All Flights from Dragon Ball Z by Nadieh Bremer

Based on the manga by Akira Toriyama, the first episode of Dragon Ball Z aired in Japan on April 26, 1989. Even after more than 25 years, the anime is still extremely popular, with a filler-free refresh of the series that came out in 2009 and a follow-up series airing right now.

Dragon Ball Z follows Goku and his family & friends as they fight ever more powerful foes that want to rule the Universe / want to show they're the best / destroy Earth. Being a fighting anime many battles take place during the 291 episodes. Characters get stronger through battles and training. A typical aspect of DBZ is that sudden increases of power can be unlocked through transformations, the different Super Saiyan levels being the most well known. The first person to unlock a new transformation often achieves this through an intense event, such as the death of a friend in battle. Although successive characters typically manage to achieve the same level with less effort.