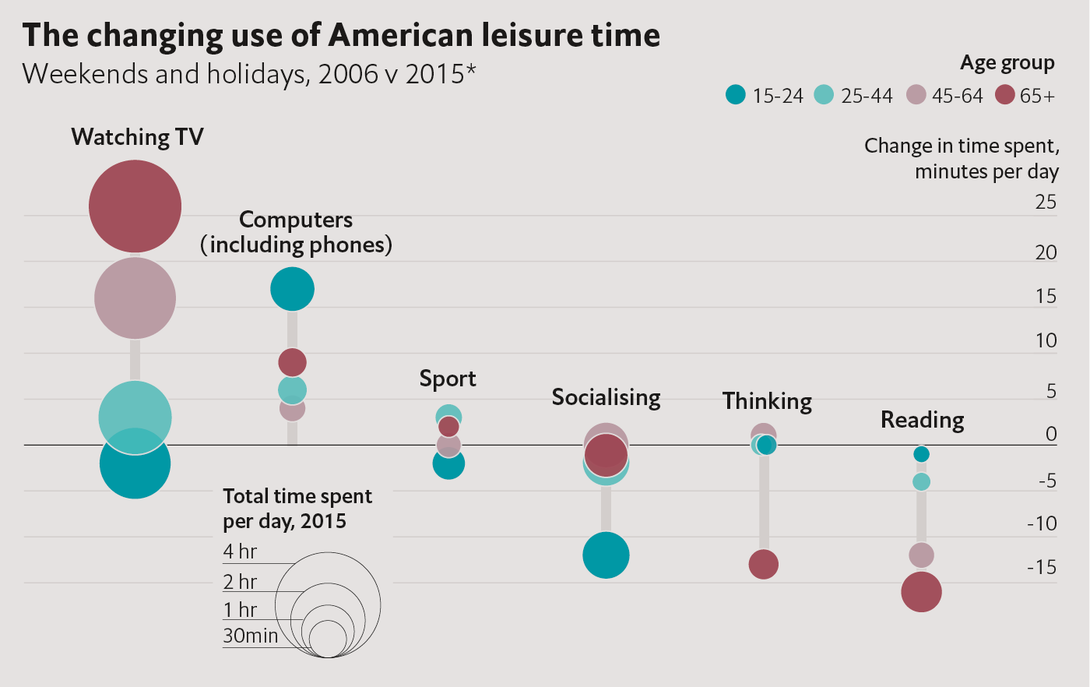 Older people are inclined to accuse younger ones of spending all their time in front of screens. Actually, those in their 60s are as guilty as those in their teens – and the amount of time that all age groups spend staring at screens is rising. Among younger people, time with friends is losing out.

Data from the American Time Use Survey (ATUS), an annual survey run by the Bureau of Labour Statistics, show that 15- to 24-year-olds are spending 15% less time socialising on their weekends and holidays than their equivalents did a decade ago. Meanwhile their usage of computers and mobile phones has increased by nearly 40%.