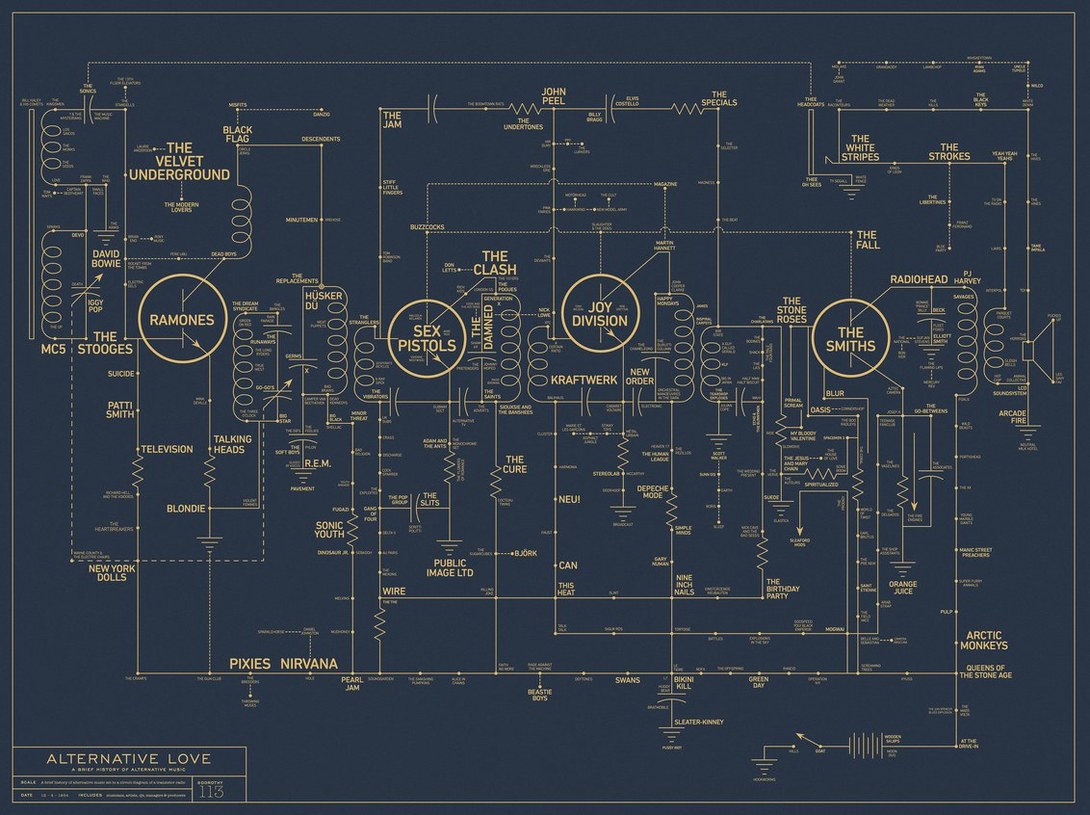 It started with The Sex Pistols. Specifically, with The Sex Pistols’ June 4, 1976 show at the Lesser Free Trade Hall in Manchester, England. The concert now ranks as one of the most influential performances of all time, up there with Woodstock. But the audience, not the band, made the show famous. Around 30 or 40 people showed up (although thousands would later claim to have attended), and rumor has it that crowd included the guys who would go on to start bands like The Smiths, Joy Division, and the Buzzcocks.

Rumors are enough for the designers at Dorothy, a studio that just released a data-viz poster called “Alternative Love Blueprint—A History of Alternative Music.” The poster ($43), like punk rock, begins with The Sex Pistols. A charted history of counter-culture rock music spills out from there, though not in any kind of linear, board game kind of way. “Taking that gig as a starting point, I tried to map out the bands who influenced each other in some way up to that point, from the early proto-punk and garage rockers, through CBGB’s era of punk,” says James Quail, the designer. “Then I mapped out where those scenes led through punk, post-punk, 2 tone & ska, hardcore, Riot Grrrl, Grunge, and so on.”