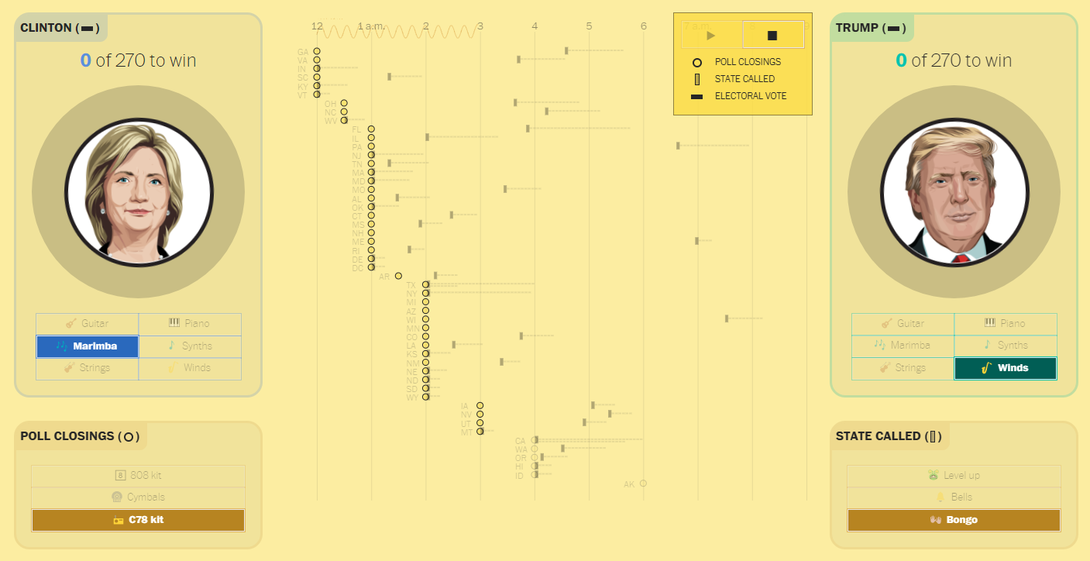 We decided to revisit election night, but with a twist—music. Donald Trump became president-elect of the United States after defeating Hillary Clinton with more than 270 electoral votes. But, how did the night play out? Watch for each state’s poll closing, see when the race was called, and how many electoral votes were cast for the corresponding candidate.