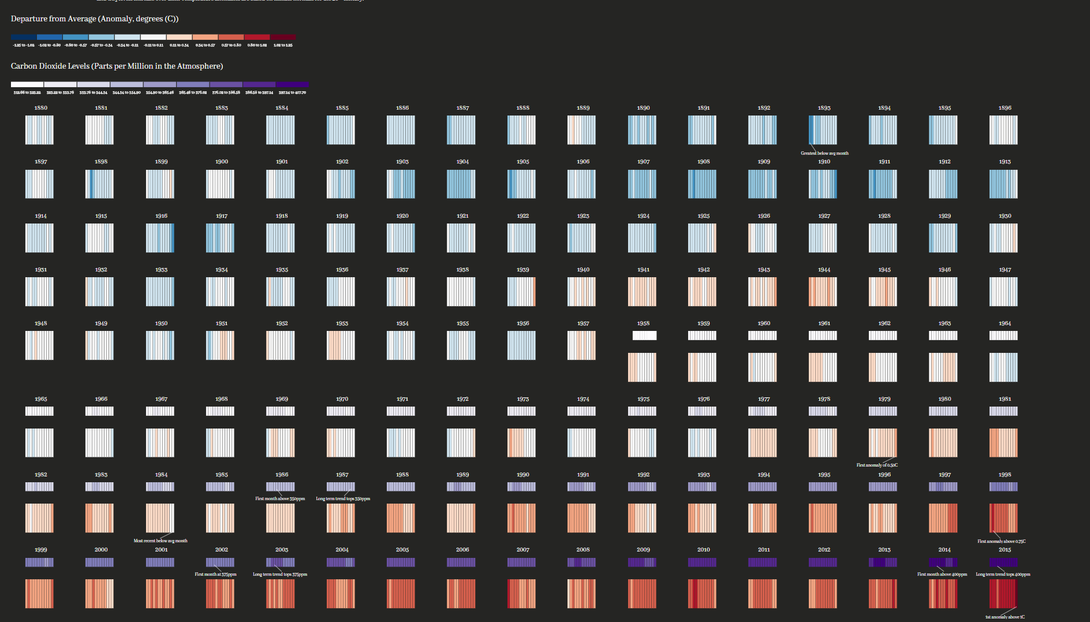 Temperatures have been slowly rising for a number of years. In the charts below you can see that the late 19th and early 20th century were quite cool relative to the rest of the time period, 1880-2016. Temperatures on average continued to rise throughout the 20th century. Notice that there were fewer and fewer instances of below average temperatures. In fact, the last month the world saw below average temperatures was December 1984. Temperature increases really accelerated in the 21st century. December 2015 was the first time world temperatures were more than one degree Celsius or about 1.8 degrees Fahrenheit above average. This started a streak of five straight such months. If this doesn't sound like much, consider that such a rise in your body temperature would likely leave you quite sick.