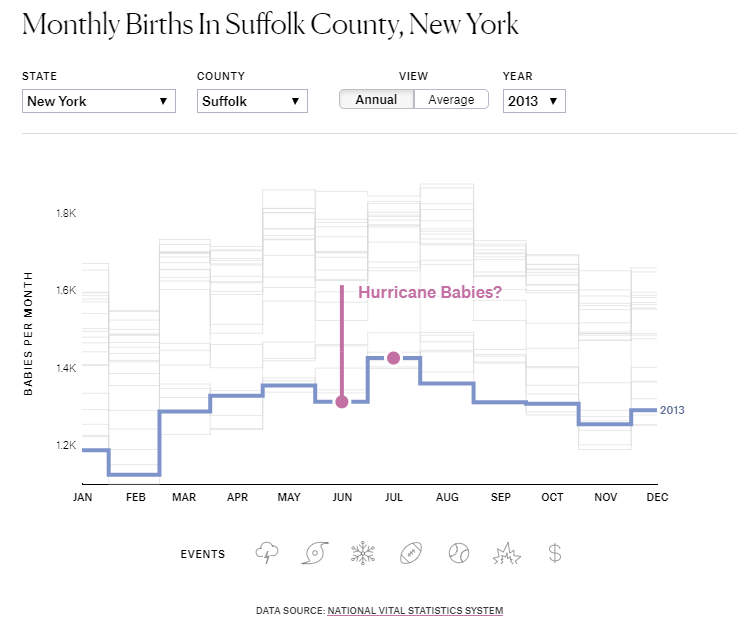 The Timing of Baby Making by The Pudding

In October 2012, Hurricane Sandy had just hit the Northeast US when the theories about "Sandy babies" started trickling in. As the story goes, whenever people are stuck in one place for a long time (particularly when the power goes out), they'll resort to more carnal forms of entertainment...and become new parents nine months later.

While the "storm-induced baby boom" may be one of the most popular urban legends, the internet is frequently abuzz about what factors play a role in the timing of births. Evolutionary biology, World Series victories, terrorist activity, changing seasons, large storms, climate change, Superbowl wins, the idea that people don't like having sex when it's too hot...the list of potential culprits goes on and on.

We decided to give some of these hypotheses some much needed context. Thanks to the US National Vital Statistics System, we have monthly birth data for all 31 million babies born in the US between 1995 and 2015.