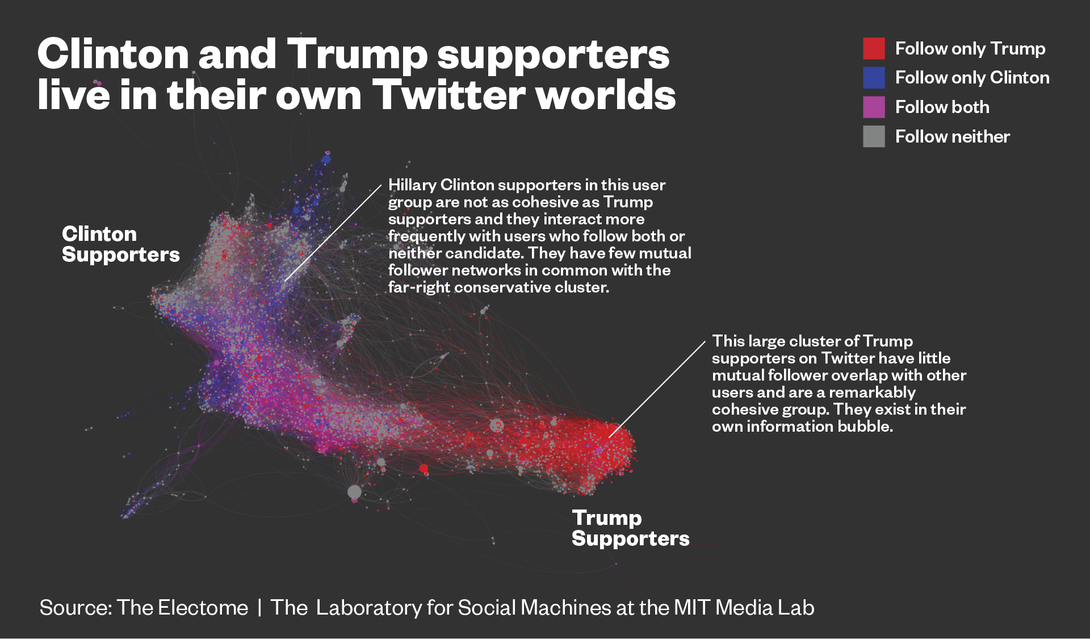 When Donald Trump swept to victory in the Electoral College on Nov. 8, perhaps no group was more surprised than journalists, who had largely bought into the polls showing Hillary Clinton was consistently several percentage points ahead in key swing states.

But there may be another reason they didn’t see it coming: Journalists spend a lot of time on Twitter, and their information bubble rarely includes Trump supporters. That’s according to a new analysis from the Electome project at the MIT Media Lab provided exclusively to VICE News.